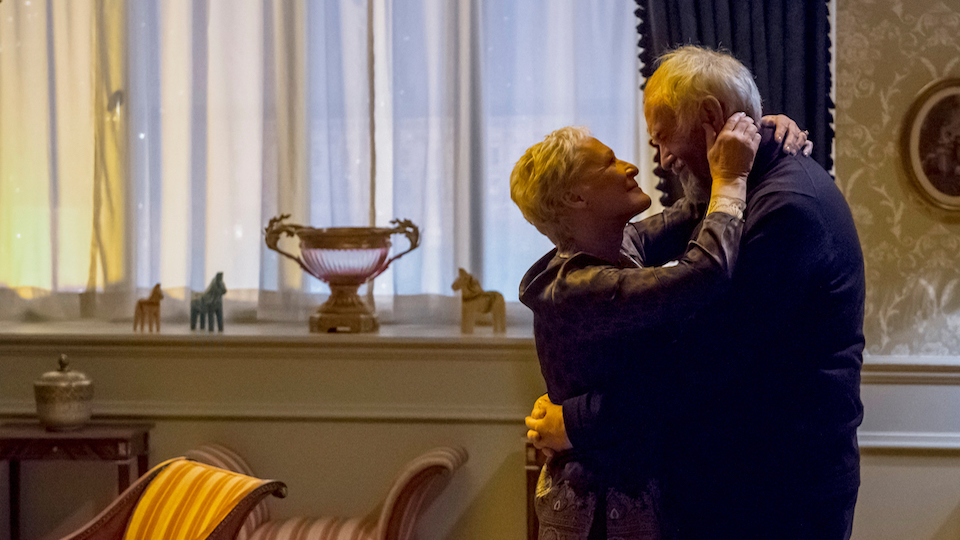 The Wife is a hard film to write about, as so much of the pleasure to be had from seeing it, comes from knowing as little about it as possible. Adapted from Meg Wolitzer’s novel, the film is set in 1992, the year Bill Clinton became president, introducing the world to Hillary, perhaps the most famous wife of modern times. This does not seem like a coincidental choice.

Jonathan Pryce plays Joseph Castleman – a renowned novelist in the vein of Philip Roth. He is a literary titan, and at the start of the film he is told that he has won the Nobel Prize. He travels to Stockholm with his wife Joan, and his son David (Max Irons), and the rest of the film plays out in the days leading up to the grand pomp and circumstance of the Nobel ceremony.

As everyone else is fawning over Joseph and his astonishing literary prowess, Joan sees herself being cast in the role of the long-suffering wife, the muse, the sturdy foundation that has allowed Joseph to flourish and philander like all geniuses do. Through flashbacks to the early 60s, the history of their relationship is teased out. He was a charismatic professor. She was his best student. And in order to support the dream of his career, she sacrificed her own personal ambitions.

“Please don’t paint me as a victim. I’m much more interesting than that.” Yes indeed you are, and so is this film. The Wife starts as an engaging yet seemingly predictable relationship drama, but then blossoms into a thrilling and nuanced film, full of unexpected beats and simmering tension. This line of dialogue is spoken by Joan to Joseph’s biographer (Christian Slater), who wants to write the official tell-all story on Joseph, having caught the scent of an extraordinary scandal.

Working from an excellent script by Jane Anderson, director Björn Runge has crafted an exquisite chamber piece, with more than a hint of Bergman-esque flavour – and not just because it is set in Sweden. Exploring weighty themes of youthful passion, the compulsion to create, ambition, compromise, sacrifice, the fragility of the male ego, and the price of love and fame, yet this is all done with a surprising lightness of touch. These award season movies can often bang you over the head with melodrama, but The Wife is a much more subtle affair.

That is in no small part thanks to the two astonishing central performances. No disrespect to the rest of the cast, or the two actors who play the young Joan and Joseph, but this film is all about Glenn Close and Jonathan Pryce. They are both sensational. Close has already bolstered her awards cabinet this year, and it would be foolish to bet against her taking home more trophies as the awards season reaches its summit.

She owns this film. It is a performance of astonishing power and magnetism. She commands every scene, without ever resorting to grandstanding or scenery chewing. Huge credit indeed must be given to Jonathan Pryce for holding his own and delivering such a great performance. Many an actor could fade into the background alongside such a formidable turn.

The disc for this release comes with a 30-minute behind-the-scenes documentary, which is well worth your time. Other than that it is just the theatrical trailer.

The Wife is available on DVD, Blu-ray and Digital from 28th January https://thewife.film/watch-at-home/