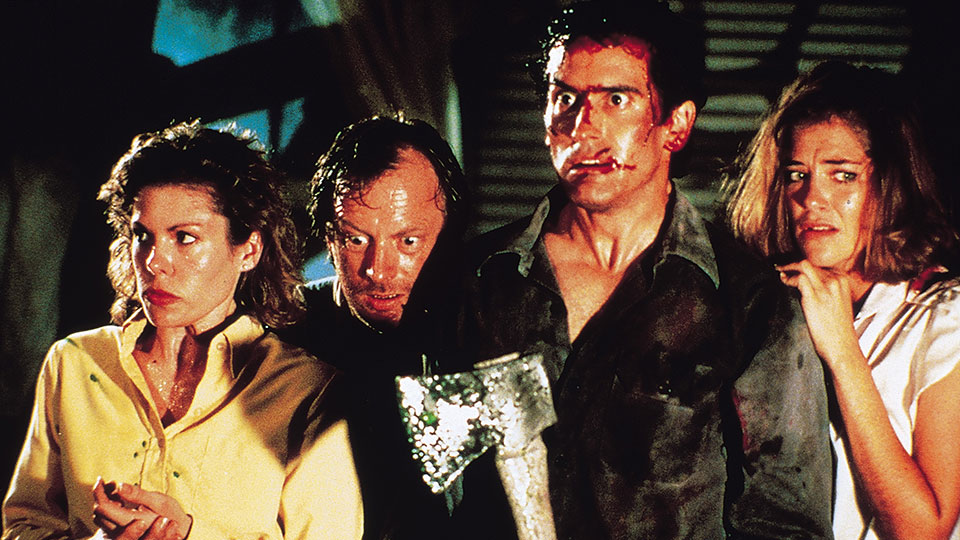 Cult classic horror Evil Dead 2 will be released on 4K Ultra HD for the first time on 4th March 2019 by Studiocanal.

The newly restored film, directed by Sam Raimi, will also be released on Blu-ray, DVD and Digital Download on the same day. Evil Dead 2 is packed with over four hours of special features including the new one-hour bonus feature Bloody and Groovy, Baby!

After the shocking and notorious cult classic The Evil Dead impaled its way into the minds of a whole generation, visionary maverick director Sam Raimi decided to elaborate on its twisted scenario. Featuring B-movie legend Bruce Campbell in his most iconic role, Evil Dead 2 is a gore-fueled, splatstick masterpiece that gleefully stomps on the entrails of good taste whilst puking in the face of Hollywood with no apologies.

Advertisement. Scroll to continue reading.
In this article:Evil Dead 2