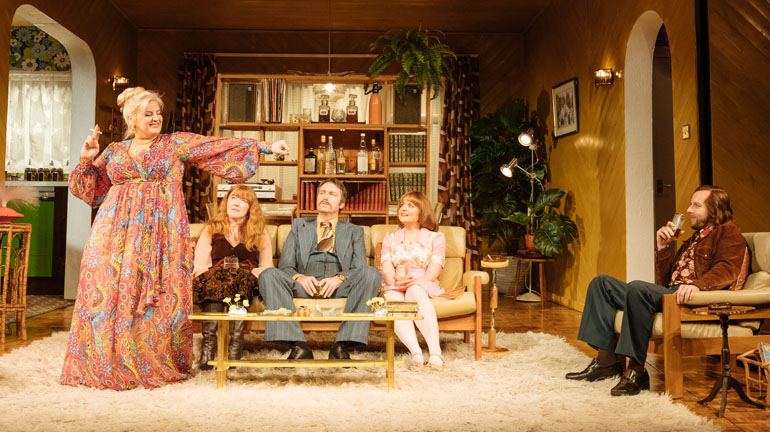 Mike Leigh’s groundbreaking comedy classic Abigail’s Party is set to arrive at Opera House Manchester this April as part of a national tour.

Jodie Prenger leads the cast as Beverly and is joined by Vicky Binns as Angela, Calum Callaghan as Tony, Daniel Casey as Lawrence and Rose Keegan as Susan.

Beverly and her husband Laurence are throwing a party for their newlywed neighbours, Tony and Angela. Joining them is highly strung Susan who’s been banished from the party of her teenage daughter Abigail.

Welcome to Seventies suburbia and its heady mix of free-flowing cocktails, classic disco and cheese and pineapple sticks. As tensions rise and tempers flare the sheen of respectability is torn away by the warring couples with hilarious and potentially disastrous consequences.

Mike Leigh’s iconic Abigail’s Party is one of Britain’s most celebrated comedies and was described by The Guardian as ‘One of the greatest plays about the human condition ever written.’