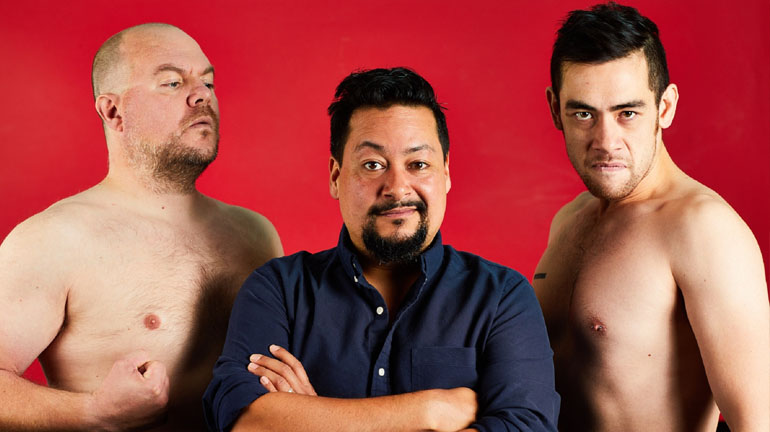 Nick Ahad’s Glory is set to open at The Dukes Theatre this February, ahead of a national tour which will take in venues in Leeds, London, Liverpool, Coventry and Wales.

As British wrestling experiences a resurgence across the UK, Glory will immerse audiences into the larger-than-life world of the sport.

Set in a decrepit gym in the north of England, it sees faded star Jim ‘Glorious’ Glory and amateur wrestlers Dan, Ben and Sami confronting their demons and each other, as their lives collide – inside and outside the wrestling ring.

The unique world that British wrestling inhabits provides a backdrop to Nick Ahad’s state-of-the-nation play, as it grapples with race, identity and what it means to be British today.

“I used to watch wrestling when I was a little boy. I still remember the excitement of seeing Giant Haystacks fight Big Daddy at Victoria Hall in Keighley in the 1980s,” explains Nick.

“But I thought British wrestling was a relic of the past. I couldn’t have been more wrong. Wrestling is alive, well – and as entertaining as ever. With larger than life characters and a perfect combination of sport, performance, blood and sweat, it is pure theatre. It is also the perfect arena to explore the Britain we all share today. I can’t think of a better place for drama to play out than the inside of a wrestling ring.”

We spoke to Nick Ahad recently ahead of the return of his critically-acclaimed radio play, Partition. Read the full interview here.

Glory opens at The Dukes Theatre, Lancaster on 21st February. Book online at dukes-lancaster.org or call the Box Office on 01524 598500. For more information on the national tour visit redladder.co.uk.