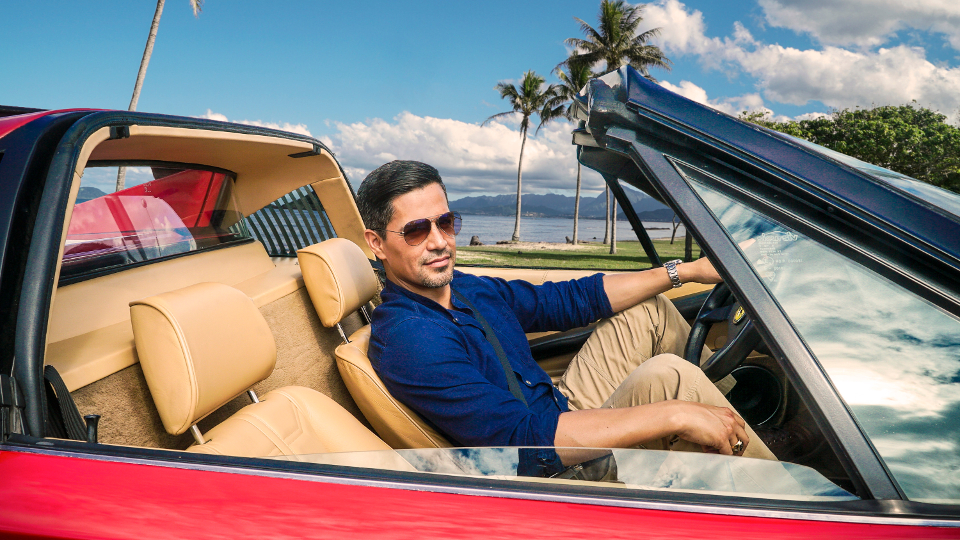 A reboot of the hit 80s show Magnum P.I. begins on Sky One tonight (January 16th). The show began airing on 24th September, 2018 in the US so beware of spoilers.

The original 80s series was created by Donald P. Bellisario and Glen A. Larson. It starred Tom Selleck, and his iconic moustache, in the title role.

The rebooted Magnum P.I. is produced by CBS Television Studios and Universal Television. It follows a moustacheless Thomas Magnum (seriously!) – an ex-Navy Seal who returns home from Afghanistan. Once back he uses his skills learnt in the military to become a private investigator.

Watch the Magnum P.I. trailer below:

Fans of the original series will remember Magnum’s favourite car was a Ferrari 308GTS. The reboot has updated this to a Ferrari 488 Spider.

The show is also set to crossover with Hawaii Five-0.

The first episode of Magnum P.I. is titled Saw the Sun Rise. Here’s the official synopsis:

After returning home from Afghanistan, Thomas Magnum re-purposes his military skills to become a private investigator in Hawaii.

In this article:Jay Hernandez, Magnum P.I., Sky One