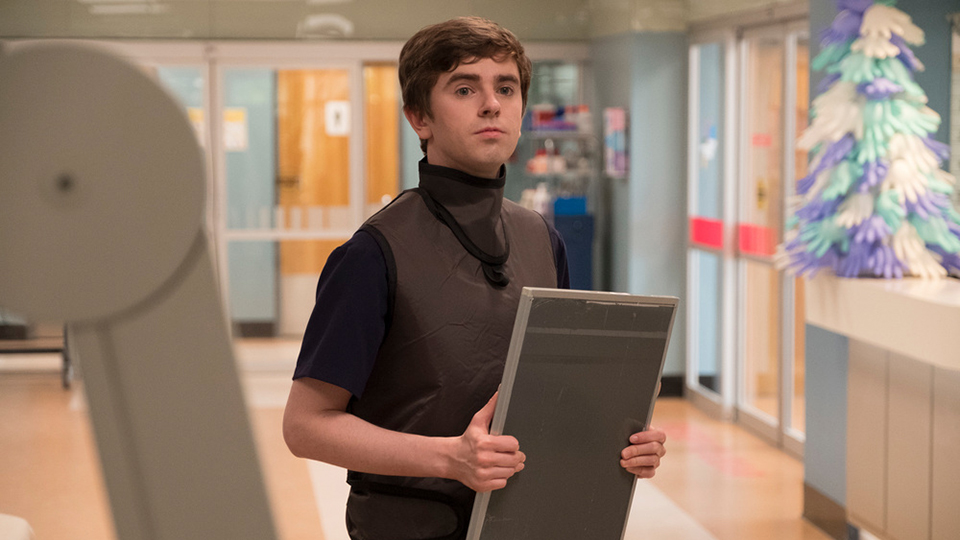 The Good Doctor is currently 10 episodes into its second season and while it’s on mid-season break, I thought it was a good time to give the show a health check.

If you’d prefer to avoid spoilers for The Good Doctor, we suggest you stop reading now.

Building on the foundations of season one, The Good Doctor continues to be a medical drama worth investing your time in. Centred around Freddie Highmore’s excellent performance as Dr. Shaun Murphy, a young doctor with autism and savant syndrome, the show does something a little different with the ‘disease of the week’ formula.

The return of Lea

When I first heard that Paige Spara was returning as Shaun’s neighbour/love interest Lea I was a bit sceptical. I couldn’t really see what she was going to add to the new season but now we’re 10 episodes in, I’m glad she’s back. Lea has become Shaun’s life coach in many ways, helping him navigate the real world and giving him confidence when he lacks it. Their dynamic has become the heart of the show and since they moved in together, their scenes have been some of the best so far this season.

Dr. Morgan Reznick (Fiona Gubelmann) was in danger of becoming a very one-note character by the end of season one. She was brought in to create conflict, which she certainly did, but the character hadn’t done any growing. That’s all changed during season 2 and the writers have started to peel back her complicated layers. Her frenemy relationship with Dr. Claire Brown (Antonia Thomas) has had me hooked and there have been a handful of cases where she’s shown real emotion.

Is it just me or is the chemistry between Dr. Melendez (Nicholas Gonzalez) and Dr. Brown off the charts? I didn’t really believe that Melendez and Dr. Lim (Christina Chang) would sleep together but I have been all about the tension between Melendez and Brown. From kicking her off his team for being insubordinate through to the tender scenes they’ve shared as they started working together again, this is one ship I can totally get behind.

The cases are really interesting

The Good Doctor always delivers complex and intriguing cases. In season two so far they’ve covered female genital mutilation, fragile X syndrome, an anti-vaccination family, and a man with paedophile urges that was trying desperately not to act on them. Let’s not forget the heartbreaking storyline involving Dr. Brown’s friend Kayla (Rachel Boston) who was battling terminal ovarian cancer.

And what about what the show’s getting wrong?

When the show gave Dr. Glassman (Richard Schiff) a brain tumour, there was only really two ways it could go. They either had to kill him off or find a miraculous cure for him. The show chose the latter, although the tumour has come back, but in season 2 he’s mostly been bed bound and removed from the main storylines. I feel it’s been such a shame to sideline such a major character and I’m hoping in the second half of season 2, he’s in the mix a lot more and shares more scenes with Shaun.

Dr. Alex Park (Will Yun Lee) arrived around the same time as Dr. Reznick but he’s not made the same impact. That’s through no fault of Will Yun Lee, who gives a solid performance, and much more to do with how underwritten the character is. He’s the most under-developed character on the show and I don’t feel like we’ve really got to know him yet. The inclusion of his son in the mid-season finale has given us some glimpse into his life but I’d like to know a lot more about the character.

Is he a villain? Is he not? Dr. Marcus Andrews (Hill Harper) lacks consistency and he’s not really been fully realised as the show’s shapeshifting villain. He screwed over both Dr. Lim and Dr. Melendez by choosing himself as Chief of Surgery but aside from that, he’s not had a whole lot to do in season 2. If he’s going to be a foil for the other main characters, he needs a storyline and asap.

The Good Doctor season 2 continues in the US on ABC from 14th January 2019. It will continue in the UK on Sky Witness HD shortly after.