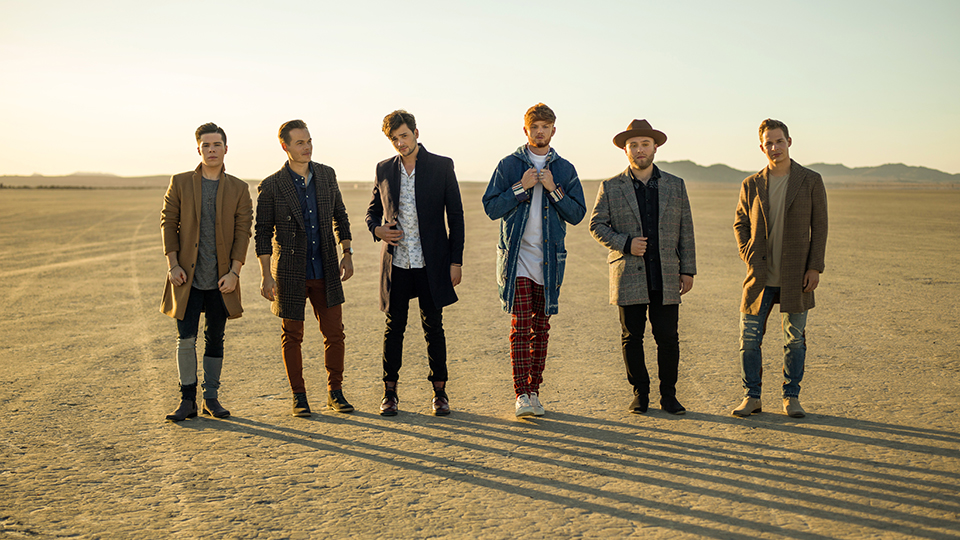 Made up of Caleb Miller, Chris Deaton, Simon Dumas, Jordan Harvey, Chad Michael Jervis and Austin Luther, King Calaway is a multi-national group whose members are from across the globe. They all made their way to Nashville to follow their dreams and formed as a group.

“King Calaway is that rare combination of incredible individual talent combined with amazing group chemistry,” says Jon Loba, EVP/BBR Music Group. “Their skill as musicians, vocalists and entertainers, along with Robert Deaton and Ross Copperman’s creative vision has very quickly fueled the passions and excitement of not only those of us in the BBR Music Group but also BMG and Bertelsmann globally. We can’t wait to introduce them to partners and audiences around the world!”

“The six musicians who make up King Calaway are a fresh take on contemporary country music,” adds Robert Deaton. “These young men hail from all corners of the globe, but when put together on a stage, they are one and magic happens.”

The group is guided by a co-production team that includes Robert Deaton and Ross Copperman.

“The six of us are beyond excited to be working with the great teams at BMG and BBR. They’ve already dedicated so much time and effort into this project, and we’re incredibly grateful,” noted King Calaway’s Chad Michael Jervis. “We’re ready for the world to hear all the songs we’ve worked so hard on.”

Advertisement. Scroll to continue reading.
In this article:King Calaway