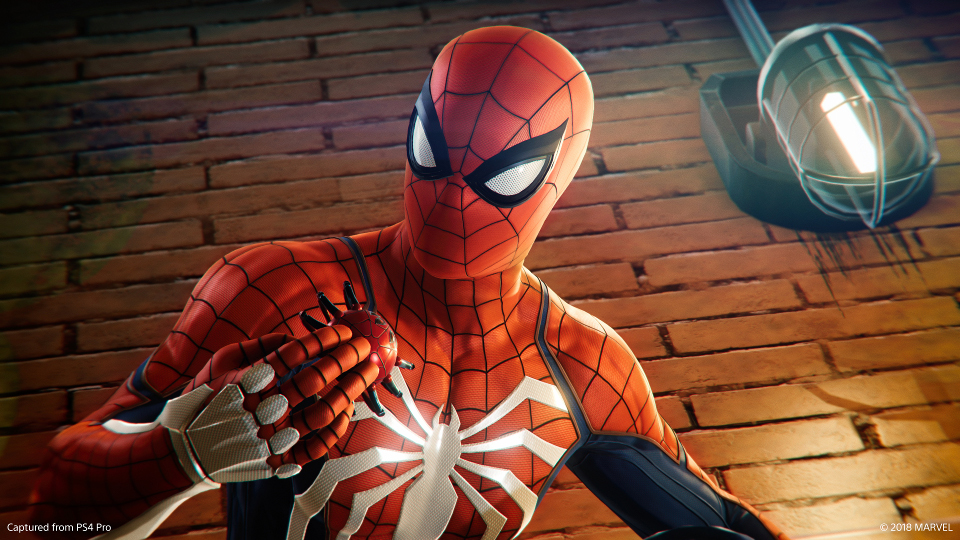 Following hot on the heels of The Heist, comes Turf Wars, the second chapter of The City That Never Sleeps DLC series.

Like the previous DLC the content for this one is activated in-game via the touchpad and DLC menu. Doing this switches the game to a different instance of New York City and the game then solely focuses on the DLC content. You can switch back whenever you like and don’t need to have completed the main game to access it.

Marvel’s Spider-Man – Turf Wars moves the focus from Black Cat to the villain Hammerhead. He’s an organized crime boss known for his obsession with the mob’s glory years and his surgically-enhanced steel skull that he uses to headbutt his enemies to death. Hammerhead has declared war against the Dons of the Maggia crime family and is using equipment left by Sable International’s occupation of Marvel’s New York. Spider-Man and police chief, Yuri Watanabe, must team up to end to the violence that has erupted in the city.

Getting to Hammerhead means going through his seemingly endless gang members. The missions here put you in the middle plenty of huge battles where you need to use all the skills you’ve picked up in the game so far to survive. In addition to the enemies we’ve seen before are new bad guys with energy shields and jetpacks. They like to charge you and can be a bit of a pain at times. If you’re tackling the DLC without having completed the main game you might find some of the fights a little too challenging at first.

There are some opportunities for stealth at the start of missions to help thin the numbers. There is also neat stealth-based mission where you control the Spider-Bot. Speaking of stealth, I was pleased that there were none of the Mary Jane stealth sequences this time.

The hour and a half of extra story continues to keep you interested and as you’d expect sets things up for the final chapter. The story in Turf Wars also takes a darker turn than previously which I felt was handled well.

In addition to the story, Turf Wars again has random crimes that spring up in each district that you need to overcome. Screwball also returns to set you some more challenges. There’s no collectibles this time though which I was disappointed about.

The other big addition keeps in with the gang theme of this DLC. There are Hammerhead Fronts, similar to the base game’s Demon Hideouts, to find and take down. Here you’re fighting waves of enemies and despite the many hours of combat practise I still found them nice and challenging. They also tie into the story which is good.

Like the previous chapter, this one comes with three new Spidey suits – Spider-Armour MKI, Spider-Clan and the Iron Spider Armour. Of the three suits the anime Spider-Clan one is the best and you need to complete everything in order to unlock it.

The Turf Wars DLC is another great addition to the game and everyone who enjoyed Marvel’s Spider-Man should definitely want to pick it up. I did enjoy it slightly less than the first but it left me really looking forward to the third chapter.

The City That Never Sleeps DLC series wraps up before Christmas on December 21st with the third and final chapter – Silver Lining. EF Games will have a full review for you shortly after release.