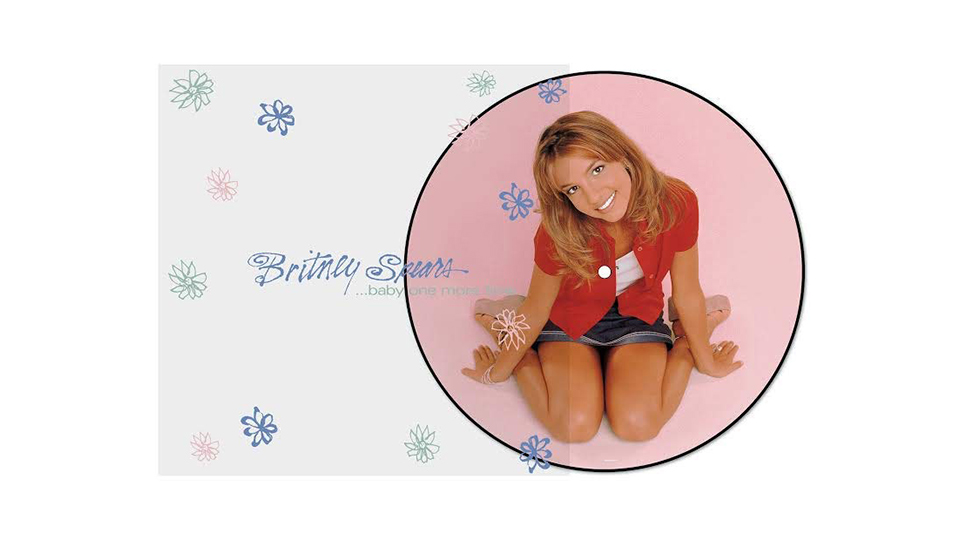 It’s hard to believe that 20 years ago Britney Spears was a name that we were hearing from the first time. The Louisiana-born performer shot to global stardom with the release of her debut single …Baby One More Time, which hit number one in 18 countries including the UK. Spears’ debut album of the same name arrived just two months later and it remains the biggest-selling debut album by a teenage popstar. To date the album has sold more than 25 million copies worldwide, nearly half of which were in the US alone. Since the release, Spears has become one of the biggest popstars in the world.

…Baby One More Time, the single and the album, captured a moment in pop culture of the likes we may never see again which makes it fitting that both are being marked with a 20th anniversary vinyl picture disc release of the …Baby One More Time album. Featuring the original North American cover image on one side and artwork from the CD booklet on the other, the album has been reissued as a limited edition release. The track listing features all 11 tracks from the original US release (sorry UK fans Deep in My Heart doesn’t appear here) and it makes for very interesting listening almost 20 years on.

I remember listening to …Baby One More Time when it was first released so I was intrigued to find out if my thoughts had changed over the course of 20 years. The first half of the album is by far the strongest and it contains all of the album’s singles. Kicking off with the monster smash title track, things get off to a very strong start. Even if you aren’t a Britney fan, you’ll likely know every single word to …Baby One More Time. It’s the kind of song that sticks in your hand with its simple structure and catchy chorus. Produced by Max Martin, who became omnipresent in the late 90s, …Baby One More Time is surely a contender for Best Pop Song of All-Time?

The album continues with (You Drive Me) Crazy but it’s the original album version, not the harder-hitting version that was released as a single. It has a slightly rockier feel than the single version and it doesn’t pack quite the same punch. The pace slows with the mid-tempo Sometimes, Spears’ second single, that showed there was more to her than sexed up school girl image. It remains one of Spears’ most under-appreciated songs and it was nowhere near as big a hit in the US as it should have been.

Things take a turn for the odd with Soda Pop featuring Mikey Bassie. I remember loving the track as a kid but listening to it now, it’s a little cringeworthy. Marrying Spears’ pop sound with a reggae beat probably sounded like a great idea but it’s not aged all that well. It’s a bubblegum track and has a nostalgic quality but it’s not one of her best tracks. The album picks up again with the one-two punch of the number 1 UK single Born to Make You Happy and the big ballad From the Bottom of My Broken Heart, which was criminally never an official single in the UK.

Where …Baby One More Time starts to unravel is on Side B. The last 5 songs are pretty much filler, borrowing inspiration from the better moments on Side A. None of these tracks would have been considered singleworthy and they do impact the overall quality of the record. I Will Be There is a perfectly serviceable Max Martin production while the sugary sweet I Will Still Love You with Don Philip is skipworthy. The breezy Thinkin’ About You is pleasant but not memorable but it’s head and shoulders better than the awful E-mail My Heart. Whoever thought calling a ballad E-mail My Heart was a good idea must be hanging their head in shame. It’s a very dated moment on the record, the lyrics are clunky and it’s easily one of the worst songs Spears has recorded. The final track pulls things back as Spears gets her husky vocals around Sonny & Cher’s The Beat Goes On, which has a hypnotic dance edge. Interestingly it’s one of the more mature moments on the whole album but it’s not a sound she’s revisited since.

20 years on …Baby One More Time remains a classic pop album. It hasn’t dated the best but the nostalgia will kick in when you go through the rush of hits on Side A. These are the songs that launched Spears and those singles are still absolute classics. The album tracks let the side down a bit but they are passable enough, with the exception of E-mail My Heart. For me, Spears didn’t release a consistent album until 2001’s Britney but the teenager in me had quite the thrill revisiting the album that started it all.