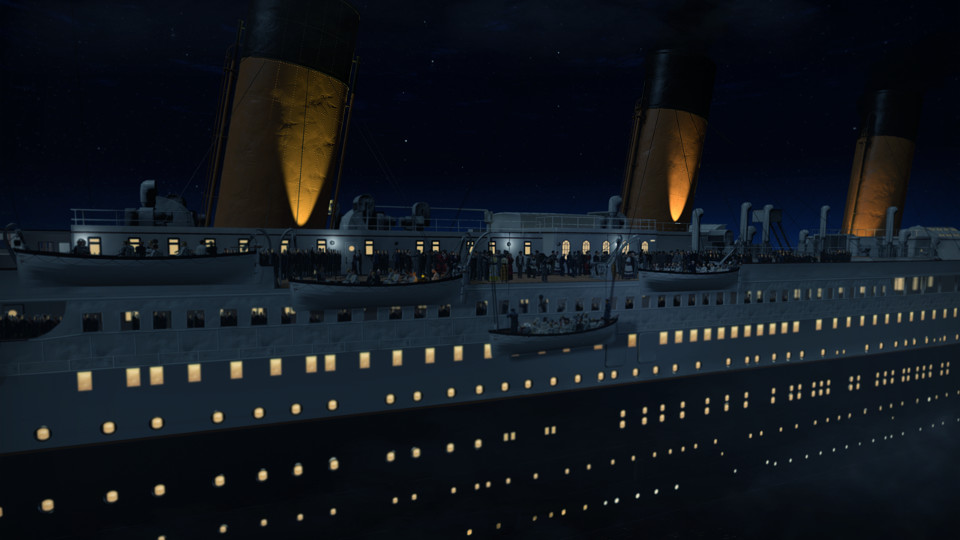 Titanic VR, the first and only virtual reality game depicting the sinking of the doomed ship, has launched on PlayStation (PSVR). The highly realistic game’s graphics and characterization are based on real-life people who were on the ship. The game’s developer, Immersive VR Education (IVRE), created 800 characters, the largest virtual cast for a VR game ever, while also providing various facts on-screen about the RMS Titanic and its sinking.

The sinking of the Titanic is perhaps the most famous ship disaster in history and the game allows players to become one of the survivors who boarded lifeboat #6, later viewing the magnificent passenger liner as it cracks in half and slides into the freezing sea. Titanic VR has the most accurate retelling of the event based on emotive first-hand accounts.

In the game part of Titanic VR, users can pilot a submersible down to the wreck, explore the ship and its hidden passageways, search for artifacts, clean and catalog what they find, and engage in conversation with a colleague and sponsor. There is also an extensive amount of virtual control offered through the submersible’s arms and the user’s virtual hands.

Players may select from among eight different dive missions and seven lab missions that feature more than six hours of gameplay combined. VR players standing on the deck of the Titanic can look up and see and hear the distress rockets being fired into the night sky. In the lifeboat, they experience the shaking and tilting sensation as they are lowered hundreds of feet to the water.

View some screenshots of Titanic VR in our gallery:

Titanic VR previously released on PC for Oculus Rift, HTC Hive and Windows Mixed Reality. The vivid, captivating look of the game is made real because it is historically accurate, which is the calling card of IVRE in its ongoing efforts to enable users to step back into history via virtual reality. The company’s successful earlier release, Apollo 11, puts users onto the renowned moon mission and, like Titanic VR, also reflected what actually happened. The company has won four awards for Apollo 11, namely:

EF Games will be bringing you a full review of Titanic VR in the near future. Check out the Immersive VR Education website for more information.