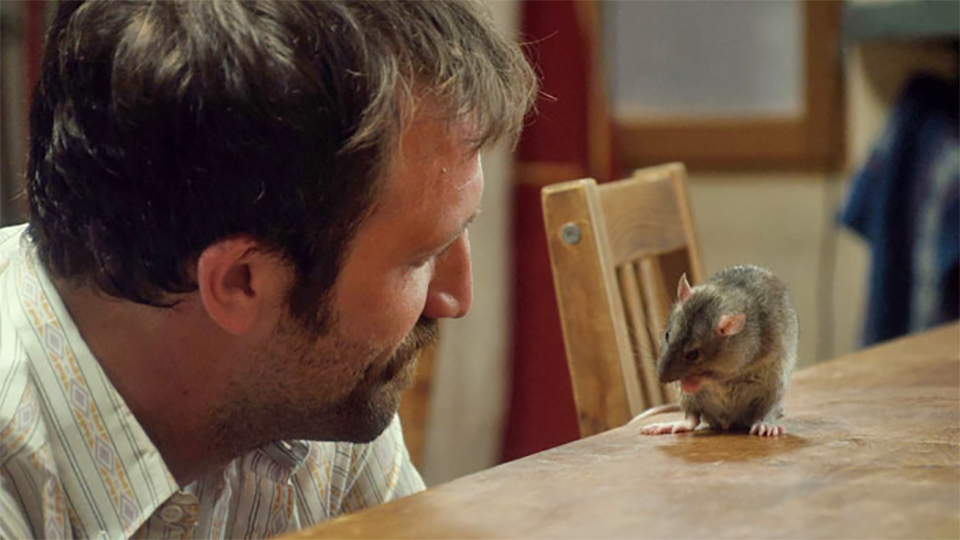 The Male Gaze is a new series of releases from New Queer Visions that showcases short LGBTQ films from across the world. The first instalment, First Kiss, brings together five shorts that are based around men experiencing romantic and/or sexual interaction with other men for the first time. It takes in films from Sweden, Indonesia, USA, Australia and France giving a rounded look at how similar experiences are depicted across the world.

The collection opens with Swedish film-maker Daniel Hagberg’s Naked. The short tells the story of heterosexual friends Erik (Oscar Sperlich) and Anthony (Henrik Gustavsson) who sleep together after a night of drinking. In the aftermath Erik continues his relationship with his unsuspecting girlfriend while Anthony starts to consider that he may not be the person he’d always thought he was. It’s a very strong start and one of the best shorts on here. I also found it quite a refreshing take on sexual identity handled in a respectful and engaging way.

Priya, the second short on the release, is completely different and takes you to Indonesia with Yudho Aditya behind the camera. The short explores the rarely looked at world of a gay Muslim teenager who has fallen in love with his English teacher. It’s still incredibly taboo for sexuality to be talked about in the Muslim community and Priya is a real eye-opener.

Hazart’s Walk With Me finds two strangers meeting by chance and agreeing to take a walk together to a concert. Over the course of their short time together things escalate between them quickly and a huge question mark hangs over whether or not they’ll make it to their destination. Australian short One Night Only, by director Sam Langshaw, introduces you to a seemingly confident young gay man who is pushed out of his comfort zone when he meets a potential hook-up at a party.

French director Satya Dusaugey’s Tapette brings the collection to a close and it’s an absolute hoot. Builder Michel (played by Dusaugey) is surprised when becomes aroused by his colleague Thierry (Karim Saidi). He comes clean to his girlfriend and decides to explore his desires with hilarious results. The short is so funny and a bit bonkers, with Dusaugey really shining both in front and behind the camera.

There isn’t actually a bad short on this collection. One of my issues with shorts is that they often vary in quality but The Male Gaze: First Kiss has been curated well. It’s interesting to see how LGBTQ cinema around the world represents the community and these five films are all very thoughtful and entertaining. The Male Gaze: The Heat of the Night is the next release in the series and I look forward to seeing what that has to offer.