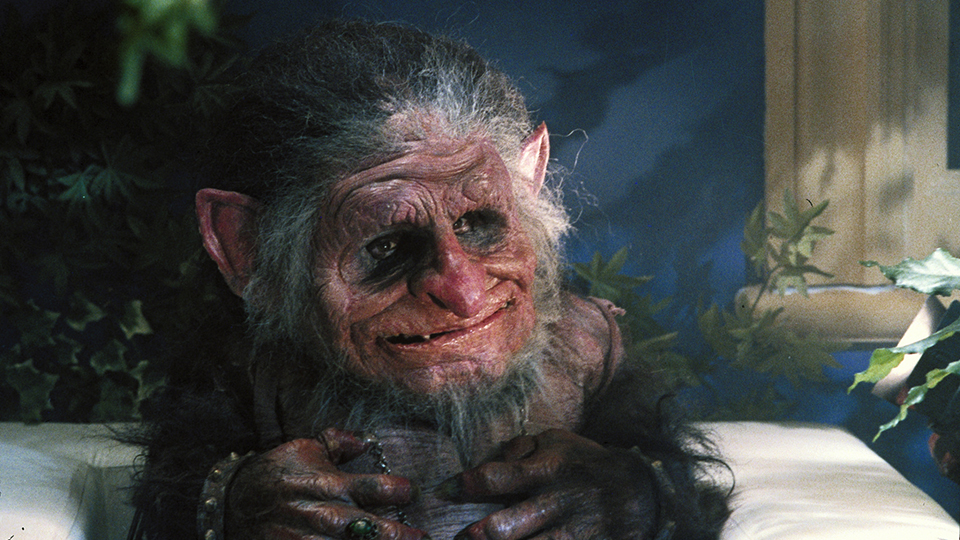 Bad movies often get a cult following despite the negative reception they receive and poor box office performance. Sometimes in the years that follow, these kinds of films get reappraised and critics find merit in them that perhaps hadn’t been noticed the first time round. Troll and its sequel have found an audience all these years later and Eureka Entertainment has released a Blu-ray boxset containing both films and the documentary Best Worst Movie.

Is Troll worth another look I hear you ask? Well the answer depends on just how bad you like your movies. The original Troll, released in 1986, is the better of the two, which isn’t saying much, and it finds the Potter family dealing with a troll that’s trying to take over their building. For some bizarre reason it stars Sonny Bono and there’s an early appearance from Seinfeld’s Julia Louis-Dreyfus. The film is at best watchable and at worst an absolute mess of a film that defies logic and doesn’t offer much in the way of reward for the viewer.

Next to Troll 2 though, Troll looks like a masterpiece. The sequel came in 1990 and it actually bears no relation whatsoever to the 1986 movie. There is no continuation of the storyline at all and there’s actually no trolls in the movie at all. The film was originally called Goblins and tells the story of Joshua Waits (Michael Stephenson) who is warned by a ghost that vegetarian goblins want to transform him and his family into plants so they can eat them. I wish I was joking.

The most interesting thing about Troll: The Complete Collection is the third disc that features the documentary Best Worst Movie. It focuses on the impact that Troll 2 has had and explores the fervent fanbase that has grown for it since its original release. At times the documentary is uncomfortable as director Claudio Fragasso seems genuinely bemused when audiences laugh hysterically at parts that were never intended to be funny. Troll 2 star George Hardy shares his experiences of being in the film and his own family talk about how terrible his performance was.

Despite the films being terrible, Eureka Entertainment have obviously put a lot of time and attention into making this a great package for fans. It’s loaded with extras including audio commentaries, over an hour of footage cut from Best Worst Movie and plenty of behind-the-scenes footage.

Troll: The Complete Collection is a bit baffling but it’s a very nicely put together package. I’m sure there will be people out there that love the movies but for me, they didn’t offer very much to get excited about. The low budget shines through, the acting is universally terrible and the special effects completely underwhelming. If you like to laugh at bad movies, then Troll: The Complete Collection may be the perfect viewing for you.