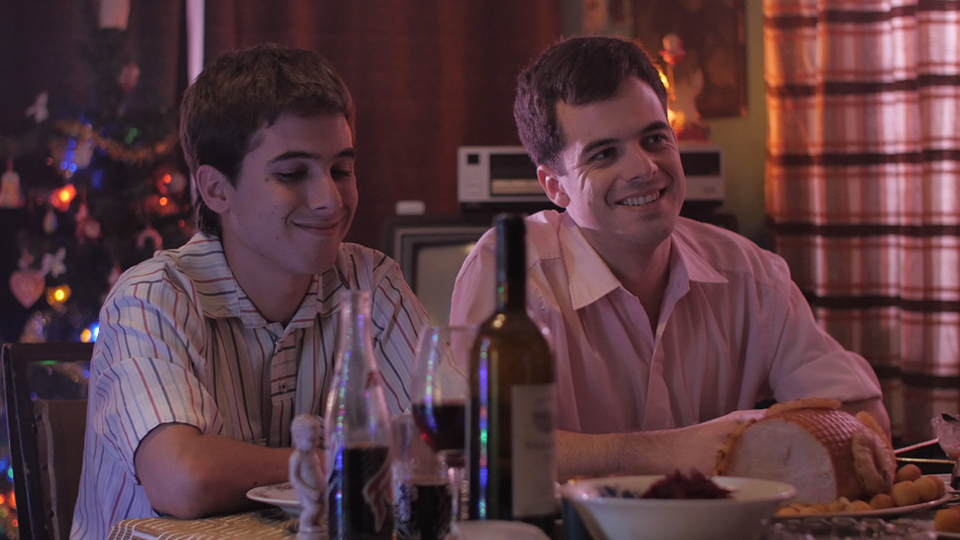 Borja (Cristóbal Rodriguez-Costabal) and his brother Vicente (Santiago Rodríguez-Costabal) come together for Christmas with their put-upon mother Irene (Carmina Riego). When the drinks start flowing, the two brothers embark on separate journeys with Borja facing up to his hidden desires and Vicente acting out his in the dangerous world of cruising. As the night progresses, the two brothers’ stories come together leading to an unexpected and explosive climax.

Cola De Mono is the latest film from Chilean writer/director Alberto Fuguet. It’s a slow-burn erotic thriller that takes a little time to get going. Once it finds its pace, the film draws you in and it actually becomes pretty intriguing. The contrast Fuguet paints between Borja and Vicente lies at the heart of the film and it’s interesting the way that their stories intertwine and they begin to find unexpected similarities. We see Vicente cruising the local park for sex as he keeps his sexuality secret from his family while Borja’s curiosity about his brother leads to him making discoveries about himself.

Around the half way mark Cola De Mono has a rather radical shift in tone and story, which throws you off course and could well lose some viewers completely. I can’t go into too much detail as it would give away a huge spoiler but the last 30 minutes feel completely detached from the rest of the movie. Titillating it might be but it’s very jarring and makes the film feel very disjointed. The balance between drama and violence doesn’t quite work either despite the best efforts of Santiago Rodríguez-Costabal and Cristóbal Rodriguez-Costabal who give solid performances.

Cola De Mono shows a lot of promise in the first half but ultimately it turns into a narrative mess. Viewers will likely be confused and underwhelmed by the climax (I know I was), which is a shame as it starts fairly strongly. If you like your gay films to be packed with nudity then you’ll like this but if it’s a cohesive storyline that you’re after, you’re going to be left wanting by the time the credits roll.