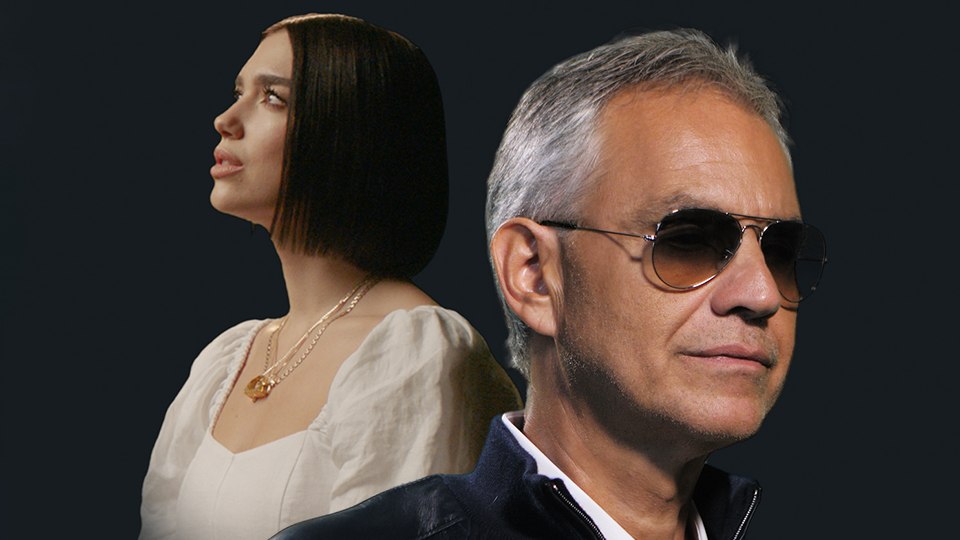 Andrea Bocelli has unveiled the music video for If Only, his duet with pop star Dua Lipa.

Co-written by by Francesco Sartori and the late Lucio Quarantotto, one of the writers of Bocelli’s huge hit Con Te Partirò (Time To Say Goodbye), If Only brings together two very different voices for something special.

Dua Lipa says of the collaboration, “Our beautiful song is out in the world! It was an honour to work with Andrea Bocelli on our duet If Only and I hope everyone enjoys it.”

If Only is the latest track to be taken from Bocelli’s number one album Si, available to buy now. On its release Bocelli made history by becoming the first classical artist to achieve a No.1 on the Official UK Album Charts in over 20 years. The album also topped the charts in the US.

As well as the official video, a behind-the-scenes video has been released showing Bocelli and Dua Lipa in the studio recording the track:

Si also features the single Fall On Me, a duet between Bocelli and his son Matteo, which has had over 23 million views and appears in the end credits of the new Disney film The Nutcracker and The Four Realms.