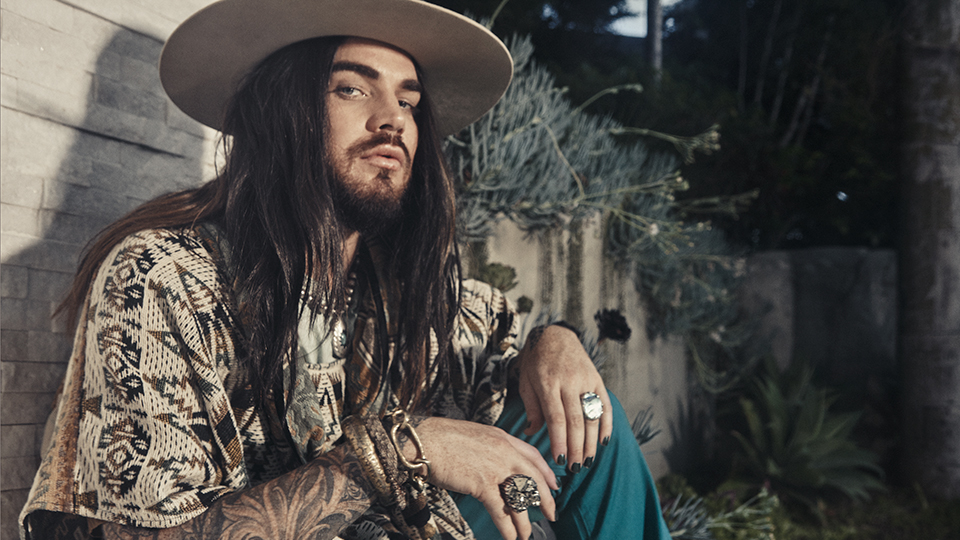 Adam Lambert has taken on a new look for a shoot for Schon Magazine, which sees the singer-songwriter channeling some serious bohemian vibes.

Following on from the recent announcement that he was part of the cast for the forthcoming animated film Playmobil: The Movie, the new shoot features a revealing interview with Lambert and some more teases about his upcoming new music.

Opening up about the album’s theme, Lambert reveals, “I think there are some general ideas of resilience in the theme. There’s a theme of sort of being in your power. And if you’re not in it, kind of taking it back. Definitely plenty of longing… there’s a sense of longing in searching for intimacy. The search for intimacy and the elusiveness of it.”

During the interview he also talks about how his new music is a return to where he started. “There’s a lot of reference to Glam-Rock and Classic Rock of the ‘70s and the early ‘80s. I’ve gone back to a lot of those inspirations. I feel there’s also some parallel to my second album. I mean it’s a general statement to make because obviously, it’s more than one song, but I think fans will draw some comparisons. […] It’s coming back to the music that inspired me to want to become a musician in the first place.”

Lambert also admits that it took a little while to find his sound while working on his new album. “I didn’t know exactly what I wanted to do for a minute, as far as my solo career. Now, I’ve explored some new sounds and some new concepts and I’m on the course to put something out, but it took a second to discover that for myself, for this project.”

“I was just waiting to catch a certain inspiration, you know what I mean? I was really digging, trying to find some authenticity. The most authentic sound and style that I could. I think from the outside looking in, I think the fans, for example, may just think “oh, you’ve done this album and now you can just pop another one out, you know… do it” [laughs] But those of us who are actually making the albums, know it’s not as simple as that. There is the creative process. You can’t really put a time stamp on it and just demand it to happen.”

It’s not just his own music that he opens up about. Lambert talks about finding a balance between touring with Queen and releasing his own music.

“I’ve never felt like working with Queen has put any sort of a damper on my solo work. I don’t feel as though we can compete with each other. I think that actually, they have coexisted very well, timing wise. The collaboration with Queen is little chunks of time that I go on the road with them, and then I’m done so it’s left me plenty of time to sort of flip-flop into my solo career.”

The full interview is available to read at https://schonmagazine.com/interview-adam-lambert/.