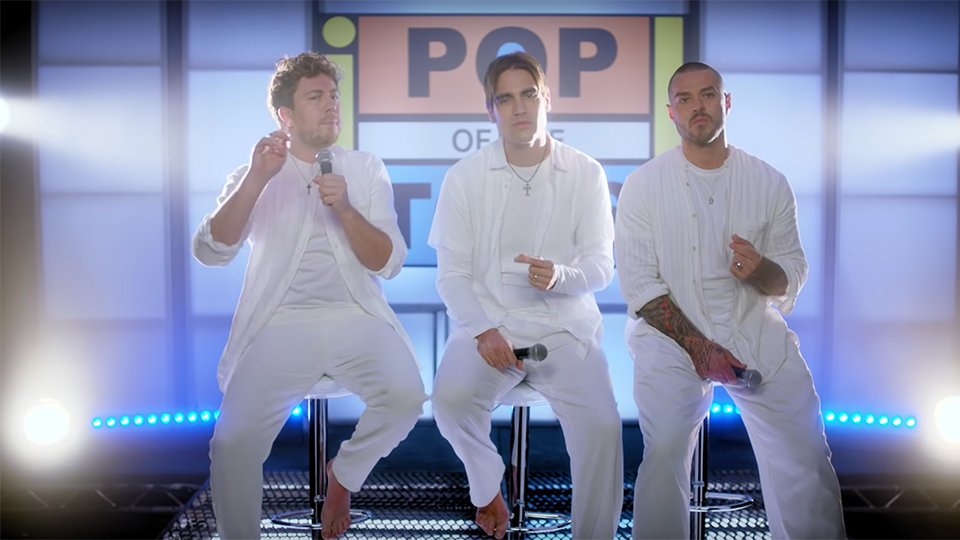 Busted have released the nostalgic video for their new single Nineties, directed by Rankin.

The band’s members – James Bourne, Charlie Simpson and Matt Willis – recreate flashbacks to the days of Top of the Pops, Blind Date, Nirvana, white-suited boy bands and a whole lot more. Take a look at the video below:

The video is the latest collaboration between Busted and Rankin, who first worked together on the press shots for the band’s 2016 reunion tour. Rankin also shot the cover for Busted’s forthcoming album Half Way There, which is available to pre-order now and released on 8th February 2019.

Rankin says: “This film is trying to get back to those amazing Joseph Khan videos of the late ‘90s / early ‘00s, where you don’t over analyse what it’s about or how it’s been made. It’s just fun and makes you feel good, in the same way the song makes you feel good. It’s memorable and you want to watch it again and again to take it all in.

What I loved about doing it was how many of the team in my office were fans of the band and wanted to be in the video. It was at that point I realised the video is for the fans and to really push for that. In my opinion, the best music videos accentuate a song and that’s always what I want to do when making promos. The song is the star – not me or the directing.”

Busted added, “We have worked with Rankin a few times and knew we would be in the safest hands in the industry. He totally gets us and this video is a true force. We love him!”

Recently Busted announced a huge arena tour for 2019. The dates for March are:

Tickets are available now from myticket.co.uk/artists/busted.