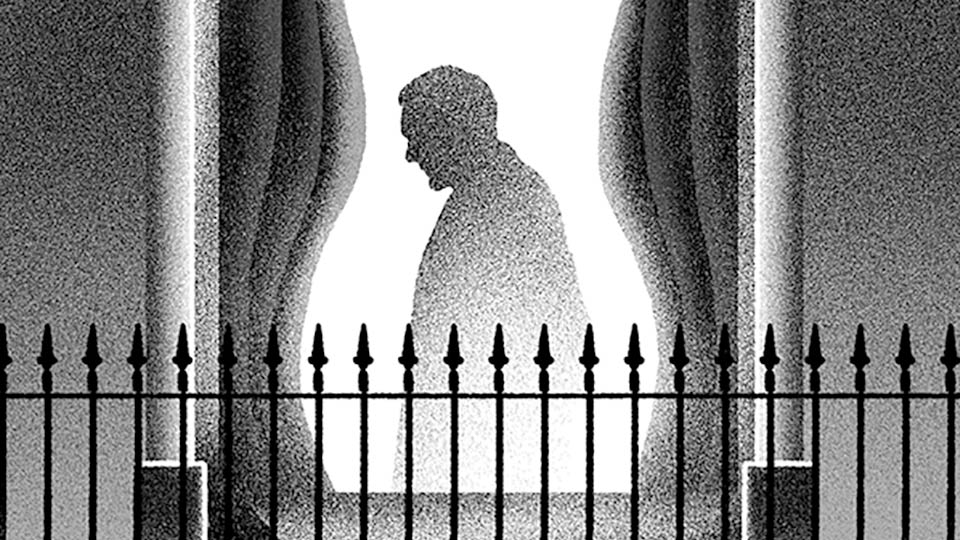 The world’s most famous consulting private detective – Mr Sherlock Holmes of 221b Baker Street, London, appeared in fifty-six short stories and four novels penned by Sir Arthur Conan Doyle in the late Nineteenth and early Twentieth Centuries. Since their original publication they have remained in print and gathered new readers with every passing generation.

Every Sherlock Holmes story is told from the point of view of a not-wholly-reliable narrator, Doctor John Watson, who accompanies Holmes on his crime-solving adventures. That’s not to say that Watson sets out to deceive: far from it, he’s as dependable and decent as they come, but rather that Watson’s bias is always in favour of his brilliant friend, whose word he’s willing to take at face value, even though we know that behind the inscrutable personality of Sherlock Holmes lies a mind of devilish cunning.

The stories open with A Scandal in Bohemia, which was also the first Sherlock Holmes short story. In Irene Adler, Holmes meets his match in female form. She is a fascinating adversary, and one that is protecting herself from the King of Bohemia, with whom she has committed an indiscretion. It is a neatly-layered story, and one in which Holmes’ own tricks of the trade, which he’s so used to using against others, are turned against him by a woman who stays one step ahead. Little wonder she commands his respect and admiration.

The next story, The Red-Headed League, leaves behind the romanticism of the first and goes for a comic lightness of touch. Shopkeeper Mr Jabez Wilson troubles Holmes over a position he won on account of his red hair, which required him to write out the Encyclopaedia Britannica from a particular location for a lucrative sum. Yet the job comes to a sudden and unexpected end. Despite Mr Wilson’s elaborate yet amusing story, Holmes quickly works out that the charade of his employment was a rouse to get him out of his shop for hours at a stretch each day, presumably to hide from him some criminal activity on the premises. The story introduces Professor James Moriarty, often called Holmes’ nemesis, but in truth he makes few appearances in the canon.

Each story has its own unique style, and Conan Doyle is surprisingly adaptable with the mood, retaining only the protagonists and the first-person storytelling as the constants, as well as the element of mystery.

In the Musgrave Ritual, Holmes visits and old friend whose butler has gone missing. He works out that the bright yet moody Brunton has attempted to solve an old family riddle that dates back to the English Civil War, and is said to reveal the location of buried treasure. Can Holmes unlock the centuries old puzzle and retrace the butler’s steps?

Two stories in particular evoke a sense of creepiness and horror. The Copper Beeches sees a young ward, Miss Violet Hunter, positioned in a large old estate with Mr Rucastle, who is an amusing employer, but makes some very odd requests of her that includes cutting her hair. In The Speckled Band (probably the strongest story in the collection) it is similarly a damsel in distress that creates the dramatic tension. Helen Stoner’s situation is similar. She is living with her step-father who is prone to bouts of rage. Her sister died in mysterious circumstances, leaving only a garbled clue in her dying breath, yet her step-father insists she sleeps in her sister’s old room, where the bed has been screwed to the floor. In Dr Grimesby Roylott, Conan Doyle creates one of the great and memorable antagonists of the Sherlock Holmes canon.

The sinister Harold Latimer of The Greek Interpreter perhaps gives Roylott a run for his money as a stand-out villain, and the story also introduces Holmes’ only known family member, his brother Mycroft, who chooses not to use his even more brilliant mind for good, but wastes it inside the Diogenes Club. Every story in the collection is notable for one reason or another – Silver Blaze, for example, contains the line, “To the curious incident of the dog in the night-time.” That the dog did nothing in the night-time is a vital clue to Holmes, who has already established that the hound barks at strangers – signalling the horse thief was well-known to the hound.

The ten stories in this collection have been well-chosen. They are either best-known tales in their own right, or have some element attached to them that are culturally familiar even to new readers. Arthur Conan Doyle was the master of the short story form, which played to his strengths as a writer. There is an element of damning with faint praise here: The Hound of the Baskervilles is the most structurally successful of the Holmes novels, lacking the reliance on backstory and exposition that weakens the other three. But in telling a story over a few short pages, there are few more satisfying writers.

Have The Folio Society selected all the classics for this tome? Stories that didn’t make the final cut may have been considered, such as The Naval Treaty, or the enjoyable Christmas-themed romp The Blue Carbuncle, but there are no outrageous omissions, and newcomers to this collection will undoubtedly want to seek out further tales of the great detective. Established Sherlockians will bask in the warm glow of much-loved, yet always eminently re-readable classics.

By the end of this collection we reach The Final Problem, which Conan Doyle famously intended as a coda to Holmes’ outings – a showdown with Professor Moriarty at the Reichenbach Falls in Switzerland.

The Selected Adventures and Memoirs of Sherlock Holmes is presented in a black case embossed by a pipe design, and the red cover opts for Holmes’ other signifier – the magnifying glass. There are eight black and white illustrations by the artist Max Löffler dotted throughout the 244 pages. The vivid yet rather dark designs accentuate the unnerving element of many of Holmes’ cases and often cleverly interweave plot elements: Holmes stands in the window whilst the curtains around him form the shape of Irene Adler; Holmes and Watson approach the Roylott estate, as the path snakes up to the house; Mr Kratides stares out between bandages in horror – in the back of his mind is his beloved Sophy…

This beautifully packaged book has been produced to a magnificent standard and would look great on any bookcase.

The Folio Society edition of The Selected Adventures and Memoirs of Sherlock Holmes by Arthur Conan Doyle and illustrated by Max Löffler is available exclusively from The Folio Society.