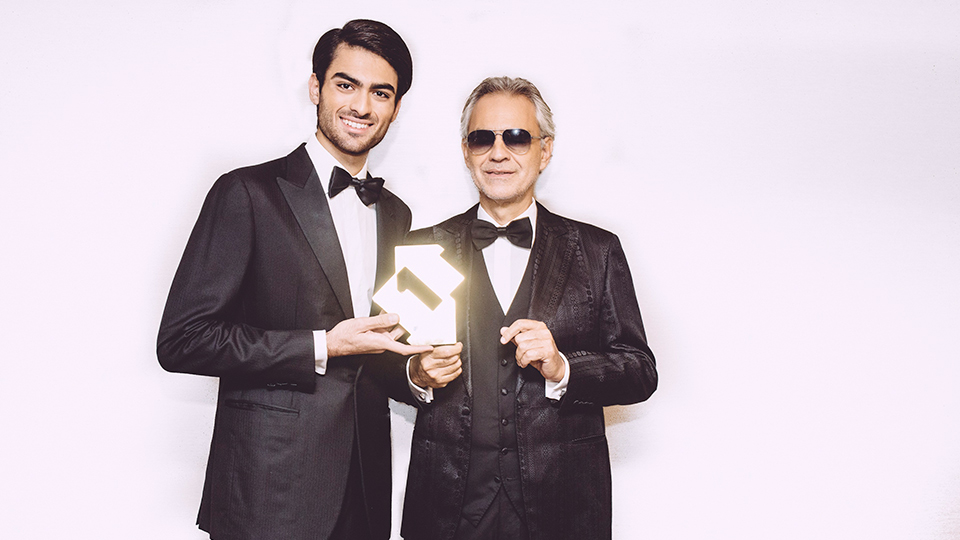 Classical superstar Andrea Bocelli has topped the Official UK Album Chart for the first time ever with his latest album Si.

His first album of new material in 14 years, the album is also on course to top the charts in the US. Si marks the first time a classic album has topped the Official UK Album Chart in over 20 years. The last two do so was the Titanic Soundtrack in 1997!

Bocelli is also the first classical vocalist to hit number one since The Three Tenors in 1994. Si has beaten releases by Tom Odell and Jess Glynn to chart at the top.

Andrea Bocelli says of the chart feat: “Life never ceases to amaze. I would never have imagined achieving this, even in a country that welcomed me from the very beginning. Yet beyond the numbers and the charts, what really counts is the affection of an audience – the handshakes, the smiles, the applauses. My heartfelt thanks to all those people who wanted to reward my latest effort. A big thank you also on behalf of my little, great Matteo who, these days, has been living by my side – an indescribable experience.”

Chief Executive of the Official Charts Company, Martin Talbot, comments, “Andrea Bocelli has long been a phenomenon in classical music, but that is cemented by this week’s incredible success of his new album. For Andrea to find himself right at the top of the Official Albums Chart, especially at such a competitive time of year, indicates that he is more popular than ever and truly established as one of the UK’s favourite artists.”

Si finds Bocelli collaborating with artists such as Ed Sheeran, Dua Lipa, Josh Groban and Aida Garifullina, as well as his son Matteo Bocelli. Fall on Me, a duet with Matteo, will feature on the end credits of the new Disney film The Nutcracker and The Four Realms.

Bocelli is touring the world in support of Si with major shows in the US, Germany, Italy, Spain, Brazil, Canada, Ireland and the UK.