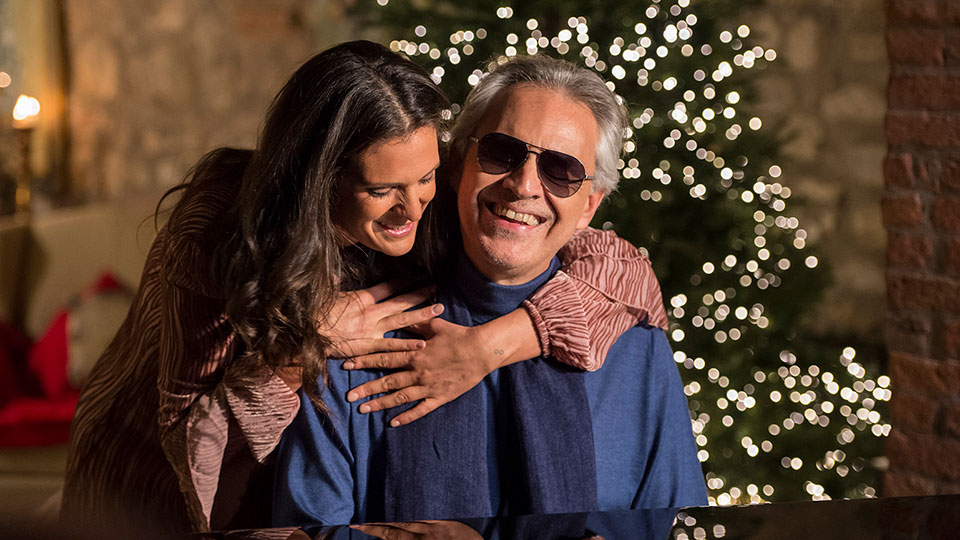 Andrea Bocelli has released the music video for a newly-arranged version of Return to Love.

Available now on Decca Records/Sugar, the moving and intimate video features previously unseen photos from his family album. Watch it below:

Shortly after learning of his fifth Grammy-nomination, Andrea surprised his wife Veronica at Andrea’s mother’s house in Lajatico, Tuscany. Having transformed the living area into an enchanted Christmas wonderland, he leads his partner of over 15 years through the house and sings with an assembled gospel choir the stunning new arrangement of Return to Love.

The song is sung in both Italian and English, and was recorded with a gospel choir and orchestra.

Speaking about the deeply emotional track, Andrea said: “Every love is special and yet always follows the same law: the same love that grows the seed makes the flower bloom. This song imitates the awakening of the heart, the awareness of a renewed ability to love.”

Bocelli is nominated at the 62nd Annual Grammy Awards in the Best Traditional Pop Vocal Album category for his 16th studio album, Sì, in a ceremony to be broadcast from Los Angeles on 26th January 2020.