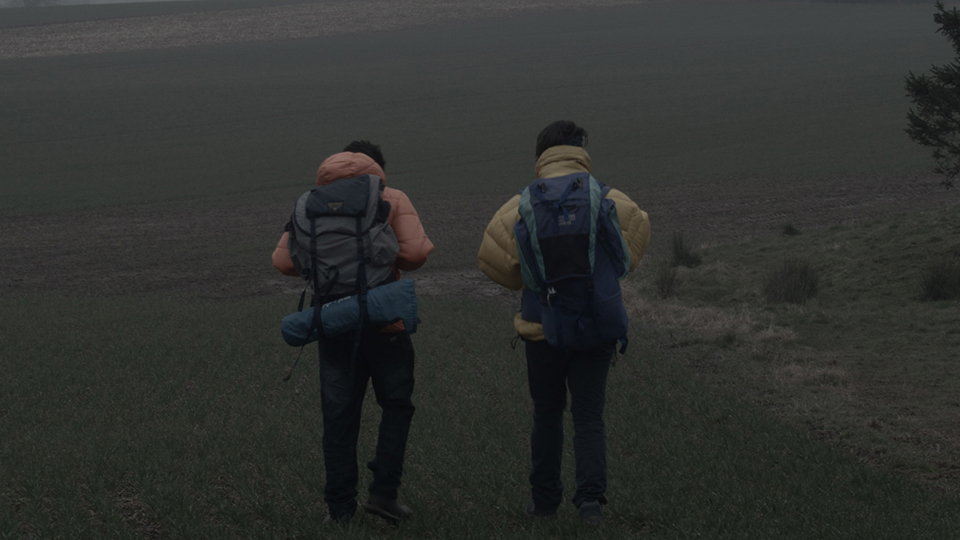 A film crew descends upon a sleepy English village to film a new low-budget zombie horror movie. Shortly after they arrive, people in the village star to go missing and something appears to be targeting the cast and crew. Three locals – Les (Laurence Saunders), Mike (Chris Simmons) and Bob (Ben Manning) – take it as a chance to become famous and make money but they have no idea what they’re stepping into when they agree to get involved in the film.

The Snarling is the feature film debut from actor Pablo Raybould, who stars in the film, wrote the screenplay and directs. There’s a good story in the mix somewhere but it’s unfortunately hampered by a clunky narrative and a script that misses the mark more than it hits it. Doing a film-within-a-film is difficult to pull off, and that’s made even harder when you’re trying to balance the genres of horror and comedy.

Things start off fairly strong and you can see which films Raybould is paying homage to. There’s a definite An American Werewolf in London inspiration and the smarter comedies from Simon Pegg such as Shaun of the Dead and Hot Fuzz have clearly inspired this film too. The low-budget aspect of the film isn’t much of a problem but as you’d expect, the special effects do leave a lot to be desired.

My main problem with the film is that some of the jokes go for the obvious rather than being a bit smarter. There are a lot of ‘easy shot’ style gay jokes, which stand out and make the film feel very dated. I wasn’t particularly offended but when characters are referring to gay people as ‘benders’ and the like, it didn’t leave me feeling all that warm and fuzzy about the film. Similarly the cast opt for OTT performances rather than trying to find any nuance in their characters. It all feels a little self-indulgent and back-patting, which isn’t particularly endearing.

The Snarling is ambitious but sadly it falls short for me. The crass script doesn’t do enough to make the best use of the cast and the story is a little all over the place. Add to that some disappointing special effects and some truly atrocious acting, and it’s all a bit underwhelming. I can see what Raybould thought he was achieving here but he falls way short of the mark. The Snarling feels like a 90s B-movie and the content of its script is surprisingly problematic.