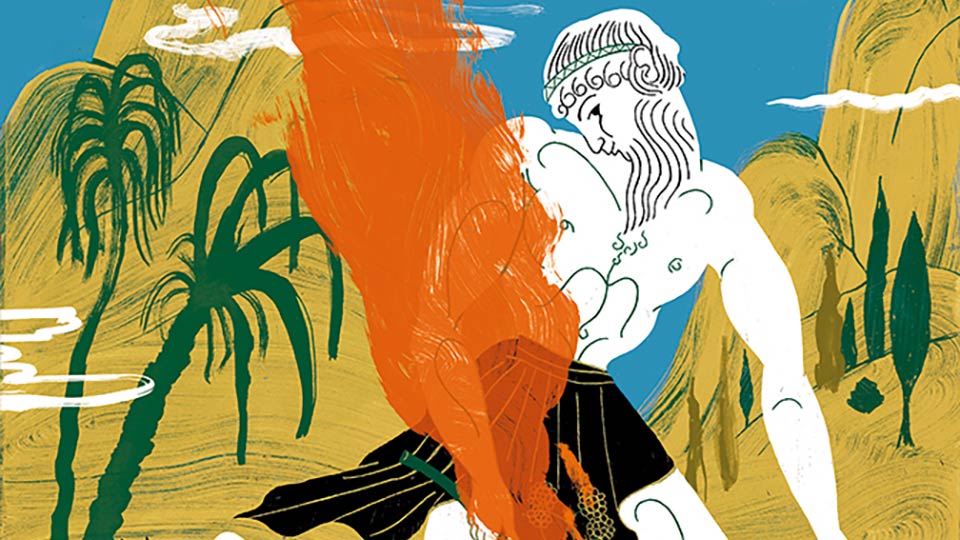 Roger Lancelyn Green had a passion and a talent for translating the complex language of myths into a format that could fascinate and engage readers of all ages – and has done for generations. In Tales of the Greek Heroes, he brings together a broad collection of stories of the Heroic Age. The Folio Society edition includes newly beautiful commissioned illustrations which vividly depict the myths. It is a collection that will be avidly read and treasured by children, and rediscovered with nostalgic zeal by adults.

Woven among the best-known myths – Perseus, Jason and Theseus – are briefer adventures, such as those of King Midas, and Orpheus and Eurydice. The result is a fascinating introduction to the characters (gods and mortals) and tales that comprise some of literature’s most important foundational texts.

Specially commissioned for this edition, Stephen Fry’s introduction adds a valuable historical prelude to the myths’ retelling and further confirms Green’s unique skill. In his introduction, Fry writes: “For more than half a century, Roger Lancelyn Green’s Tales of the Greek Heroes has inducted, conducted, introduced, seduced, impelled, compelled, amused, enthused, excited and delighted generations of the young – leading them enthralled into the woods, mountains, glades, caves, islands and high seas of Greek myth. Such remarkable longevity cannot be accidental. Green must have done something very right indeed still to be so widely read, published and enjoyed.”

Stephen Fry ends his Folio Society introduction writing: “Thanks to The Folio Society, generations yet unborn will now have access to these stories, printed, bound and illustrated with the quality that only Folio lavishes on classic works. That is something to bring cheer to gods, heroes and mortals alike.”

Illustrator Romy Blümel, whose clients include the New Yorker, Condé Nast Traveller and the Guardian Review has created rich, graphic and expressive paintings crammed full of Green’s mythical characters and their exploits. Her designs extend to the binding, with motifs depicting the myths, while her double-spread, full-colour map places the ancient tales in their geographical context.

Tales of the Greek Heroes by Roger Lancelyn Green, illustrated by Romy Blumel and with an introduction by Stephen Fry, is available exclusively from The Folio Society.