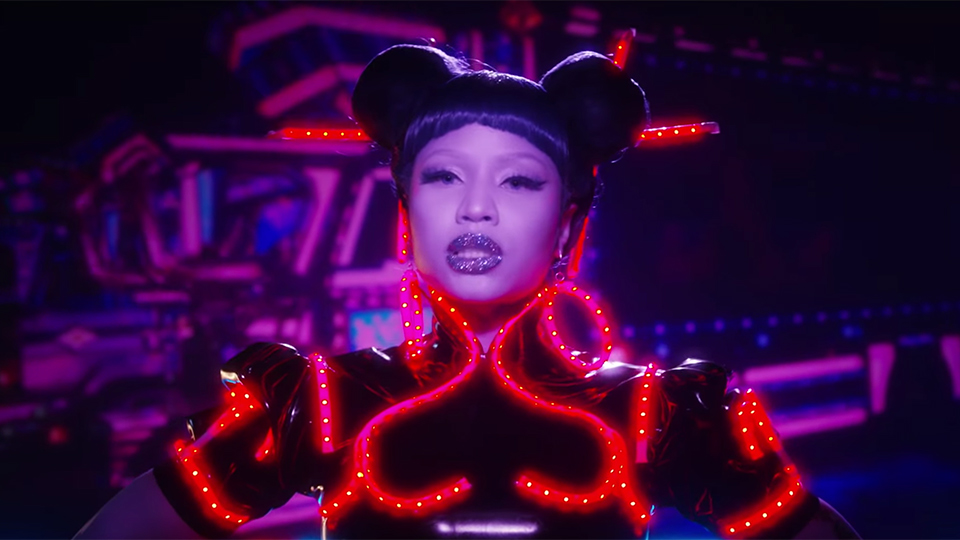 Trinidadian-born American rapper Nicki Minaj has had quite the rollercoaster ride since the release of her debut album Pink Friday back in 2010. Since then it feels like she’s featured on pretty much everyone’s tracks (she’s currently riding high with Little Mix on their new single Woman Like Me), she’s released another two multi-platinum albums (2012’s Pink Friday: Roman Reloaded and 2014’s The Pinkprint), had a few well-publicised spats with the likes of Mariah Carey and Cardi B, and tried her hand at acting. Four years after The Pinkprint, Minaj is refocusing on her music and by the sounds of new album Queen, she’s getting back to her roots a little bit.

It can be easy to forget that Minaj is actually a very gifted rapper. Since Pink Friday, Minaj has mostly straddled the pop/commercial side of hip-hop with hits like Super Bass, Starships, Pound the Alarm and Anaconda. While all of those were solid pop hits, they took her further and further away from the sound she started out with. Her public persona turned more and more cartoon-like too, and at times she was dangerously close to becoming the rap equivalent of Lady Gaga.

The rollout for Queen was very deliberate. Lead single Chun-Li stayed away from the commercial sound that Minaj has had a lot of success in and moved her back to her hard-hitting rhymes. It was a refreshing reminder for fans that there’s a lot more substance behind the rapper than she often lets on. She’s a clever lyricist and knows her way around a hook. Second single Bed reteamed her with frequent collaborator Ariana Grande and it felt like a statement that she wasn’t completely leaving the pop side of her music behind. Grande’s breathy vocals on the chorus helped the track become a huge hit. The third single, prior to the album release, was Rich Sex featuring Lil’ Wayne and finds Minaj telling a would-be bed buddy that she’s far more interested in money than sex.

Those three tracks made it hard to predict what kind of album Queen was going to be. In the context of the record though, they all work and this album is an attempt to remind people that Minaj packs a punch when she does what she’s best at. Queen opener Ganja Burns sees Minaj hitting back at copycats and wannabes, while confident claiming her place at the top of the rap game. The tribal beat perfectly backs the assured lyrics and really connects with the melodic chorus.

The rest of the album covers a lot of ground both lyrically and musically. There are a handful of collaborators along the way but Minaj isn’t drowned out by their presence. On Majesty she teams up with the ‘Rap King’ (or Rap God as he would have you say) Eminem and they are a match made in heaven. Eminem almost steals the show with his fast-as-lightning verses but Minaj more than holds her own next to the longtime rap favourite. The legendary Foxy Brown appears on Coco Chanel, one of the album’s most unexpected and surprising moments. It’s a throwback to the 90s rap sound with a modern twist and both rappers sound fantastic.

Elsewhere on the record Minaj pays homage to The Notorious B.I.G. by reworking his song Just Playing (Dreams), Thought I Knew You sees Minaj singing through autotune with the The Weeknd, and LLC finds Minaj rapping frankly about her achievements in the industry. One of the highlights is Come See About Me, a rare ballad where Minaj sings rather than raps. It a refreshing change of gears on an album that is a little over long at 19 tracks.

Queen is a bold statement from Minaj. She’s asserting her position in the industry and proving she has the goods to back it up. I actually prefer this version of Minaj, where the focus is more on the music and less on the character she’s built for herself. There are a few surprising moments on the record and this is the most assured Minaj has sounded yet. For me, no one else comes close to what she can do and Queen is an ambitious project that she pulls off impressively.