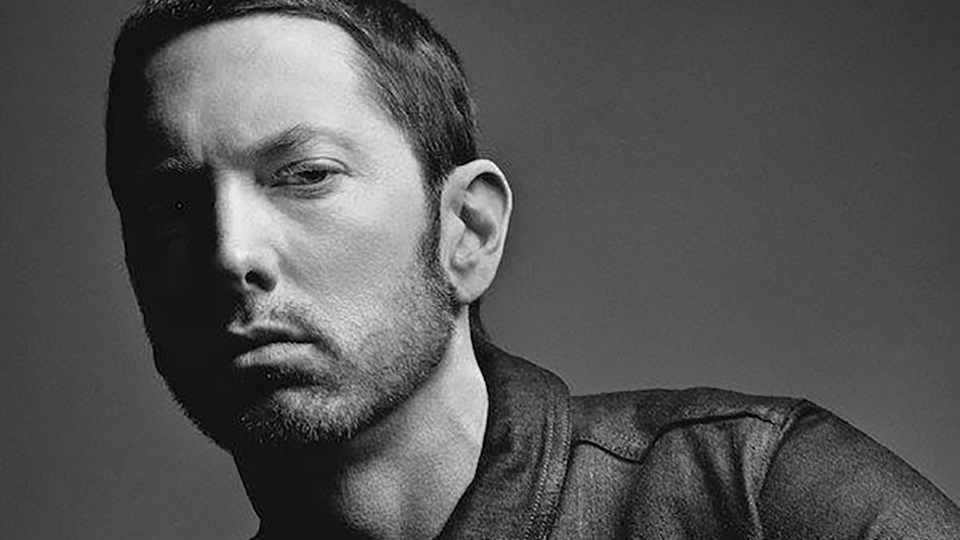 Next year will mark the 20th anniversary of Eminem’s classic major label debut album The Slim Shady LP. It’s incredible to think that the rapper has stayed at the top of his game for that duration, selling more than 100 million records in the US alone. The star was prolific until the release of Encore in 2004, after which there was a 5-year gap until 2009’s Recovery arrived. The new albums have been steady since then with his last album Revival, his ninth, arriving just before Christmas last year. Oddly for Eminem, Revival proved to be a bit of commercial stumble for the seemingly unstoppable star, and that experience fuels much of new album Kamikaze.

Revival is a funny one. Personally I liked the album but it did see Eminem leaning more into the commercial pop world than he’s done previously. It spawned the hits Walk on Water featuring Beyonce and River featuring Ed Sheeran but those didn’t propel the album to the heights than Eminem is used to. Kamikaze’s opening track The Ringer opens with Eminem angrily saying, ‘I’m just gonna write down my first thoughts, see where this takes me, ’cause I feel like I wanna punch the world in the fuckin’ face right now’. Once he starts rapping, Eminem skewers the current state of hip-hop and he comments on the negative reaction he received for Revival, a theme that crops up a few times.

Kamikaze sees Eminem more focused than Revival did and there’s a notable absence of big-name guest stars. That allows Eminem to really shine over minimal beats and get back to his roots a little. He’s lost none of his razor-sharp wit and he’s as bold lyrically as he’s ever been. Greatest takes shots at the prolific nature of modern hip-hop artists and sees Eminem boasting about his own achievements. Even after all these years, he still packs a punch and he’s much cleverer than the current crop of rap artists.

Normal is a rare personal moment from Eminem. As always, it’s hard to tell how much of what he raps is from a character’s perspective and how much is from his own life but it’s safe to say when it comes to commenting on his relationships, he’s never held back. The track finds the rapper admitting he wants a normal relationship rather than the toxic ones he’s had over his life. Another bold moment comes on Stepping Stone, where Eminem explores the demise of his rap group D-12 admitting that he’s hoped it would be a platform to launch all the members rather than further his own success.

Elsewhere on the record the title track is a defiant middle finger to the criticism Revival received, Fall continues to criticise other rappers in the game, and Jessie Reyez assists on the one-two punch of Nice Guy and Good Guy. The album comes to a close with Venom, the lead track from the new film of the same name.

Kamikaze is Eminem as his most defiant. His experience with Revival has spurned him to make some of his best music in years. While his output may have been a little uneven over the last few years, he’s always worth listening to. One thing he should probably take away from Revival is to pay less attention to the critics. Even when he’s not on his A-game, Eminem is still better than every other rapper in the industry. On Kamikaze, it looks like he’s remembered that.