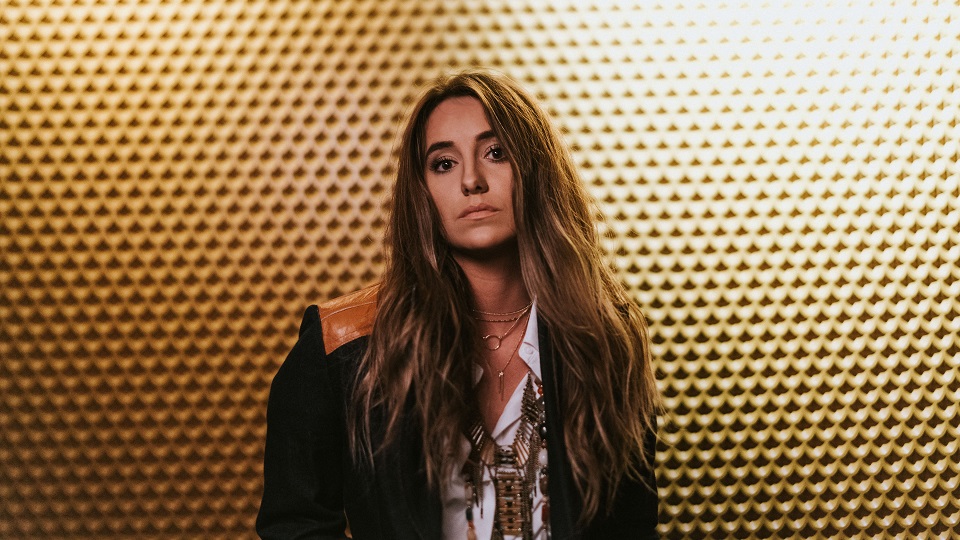 Originally from a small farming community in Louisiana, Lainey Wilson moved to Nashville in a camper trailer to pursue a career in music. Since then she’s won acclaim for her vocals and storytelling, and has written songs for artists including Luke Combs and Kasey Tyndall. She released her self-titled debut EP independently in April before singing to BBR Music Group/BMG and is currently working on her debut album. Last night, she performed her first ever overseas show, supporting Chase Rice at Bush Hall as part of Country Music Week 2018.

Carrying her acoustic guitar, Wilson chatted to the audience about how excited she was to be playing in the UK, before performing her single Workin’ Overtime. It’s an uptempo, rock-influenced song that shows off the depth and raw edge to her vocal, and reminded me a little of Margo Price. Towards the encouraged the crowd to clap along – something she’d do throughout her set – and they responded enthusiastically, particularly when she hit a huge note towards the end.

Throughout her performance Wilson showed off her skills as a songwriter on the likes of Waste Of Good Whiskey, which contrasted a poppy melody and sweet vocals with bittersweet lyrics and a singalong chorus, and the folk-influenced, emotional Dreamcatcher. She also frequently broke off to tell stories about her life and journey in music up to this point, as well as constantly dropping in one-liners. One of those moments came following the sassy, swaggering Middle Finger, where she told a story about her grandma’s reaction to the song that had the audience roaring with laughter.

For me the standout track was Two Story House, which came around halfway through the set. Wilson introduced the song by describing her life in a small town and her close relationship with her sister, despite being complete opposites. The gentle, lilting song was full of nice details and imagery – I particularly loved the line ‘like a stray dog and a calico cat’ – as well as tons of warmth and affection. It brought out the husky tones in Wilson’s voice and I found the whole thing incredibly moving.

After thanking the audience, Wilson closed her set with High On Somethin’. It’s a catchy, classic rock-influenced song with a steady, toe-tapping beat and a slinky groove that builds to a huge chorus, allowing Wilson to show off the soul and power in her voice as she hit some big notes. The crowd were singing and clapping along throughout and rewarded her with a huge cheer at the end.

I admit I hadn’t been sure what to expect from Wilson’s performance, but I came away incredibly impressed. She delivered an engaging set with tons of personality, great vocals and excellent songwriting, and from the reaction in the room it seems she’s won over a lot of new fans. I’m already looking forward to seeing what she does next and hoping she comes back to the UK soon!

Lainey Wilson will be performing at the Country Music Week Daytime Hub at the Borderline in London on Saturday 27th October. Tickets are available here: https://c2c-countrytocountry.com/country-music-week/.