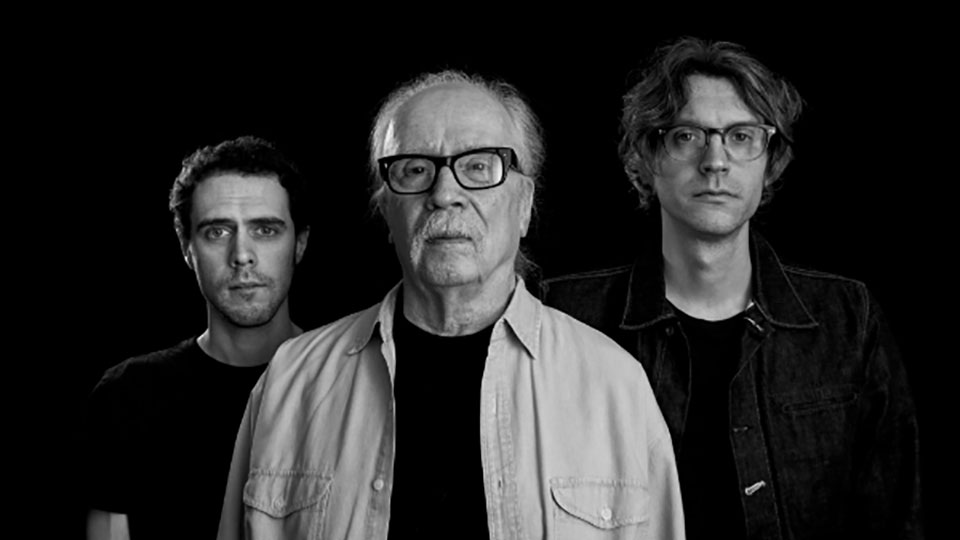 The Halloween franchise has had new life breathed into it and is currently doing big business at the global box office. With Jamie Lee Curtis back in the fold as Laurie Strode, the new Halloween film ignores all of the sequels and is a direct continuation of John Carpenter’s 1978 original. The film has been a critical and commercial success, giving the franchise its highest opening weekend to date (also we loved it). Halloween 2018 also marks the first time Carpenter has been involved with the franchise since 1982’s Michael Myers-less Halloween III: Season of the Witch.

With an executive producer role on the new Halloween film, Carpenter is also responsible for the score along with his son Cody Carpenter and his godson Daniel Davies, the son of The Kinks frontman Dave Davies. When the latest instalment was announced, Carpenter remained coy about what his score would entail suggesting that it could either be all-new or an update to the original. What he’s actually delivered is a loving homage to his classic score with plenty of new bits to get hardcore fans of the series excited.

The intro is an eerie and sweeping 74 seconds that leads into the first highlight of the soundtrack, the Halloween Theme. Drawing heavily on the original score, it’s instantly recognisable but packs a harder beat over the top. Watching it play out on the big screen is a bit of a thrill but it works without the visual aids too. The Halloween Theme must be one of the most recognisable film scores of all time, and it’s sounding resplendent in this new iteration.

What Carpenter, Cody and Davies is able to do on this score is move from the urgent and scary to the wistful and quieter moments. Straight after the Halloween Theme there’s the reflective Laurie’s Theme, which paints a very vivid picture about the state of mind of our heroine. Things pick up pace again with Michael Kills as the stuttering synths and strings communicate pure horror in just over half a minute. The lengthier Michael Kills Again slowly builds tension before delivering the stark and bold killer blows. It’s effective in the film and surprisingly just as effective when you’re listening to it in isolation.

Elsewhere on the soundtrack The Shape Returns is variation on the Halloween Theme that’s more stripped-down and similar to the original 1978 score, Laurie Sees the Shape is a heat-pounding 73 seconds of slow-building panic, and Say Something is a synth-fest that is rich in atmosphere. Halloween Triumphant closes out the soundtrack. The seven-and-a-half-minute track takes the Halloween Theme and cranks the notch up to 11. It’s magnificent.

Halloween 2018 is a triumph is every way. It’s a loving and playful homage to the wonderful 1978 score but it updates it to work for a modern generation. With the film getting such a strong reaction, and the score being singled out in many reviews, it’s a joy to hear Carpenter working with his son and godson to craft one of the year’s best scores. It’ll make you feel, scare the crap out of you and have you longing to see the film again.