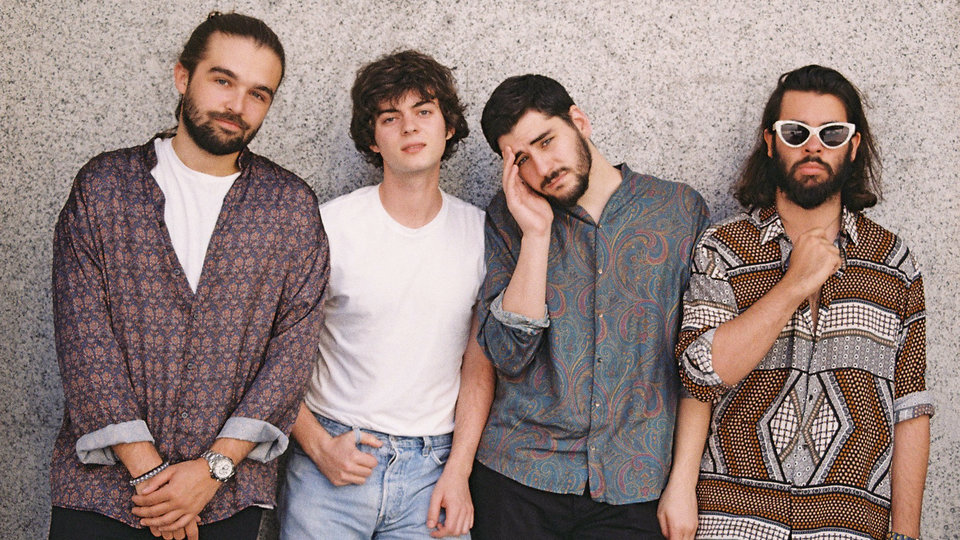 Chelsea Boots are a four piece from Madrid that formed back in 2014 and it didn’t take very long for them to make their mark. Their first major successes has ben a Spanish sold out Tour, an appearance in Mad Cool Festival and a record contract with Universal Music Spain. The band have now set their eyes on the UK scene. I speak to them about their influences and up and coming releases.

Hello, how are you?

Hey there! Doing fine. Or at least trying.

How did you get into music?

We started playing at a young age, early teens or so. At first, we just wanted to imitate our idols. Then, as time went by, everything became a little bit more serious: suddenly, it wasn’t just about having fun. It was also about having a career in the music industry.

Could you describe your music to our readers?

We come from a rock background, but we love all kinds of music, specially the ones that shouldn’t be loved by a four-piece rock band (urban latin music, melodic pop, hip-hop…). Our musical style is a reflection of these heterogeneous tastes. We want to land rock and roll in the 21st century. Obviously, this is pure utopia.

You have a single out, could you tell us about it?

Love On Me is a very good example of how we approach music, how we understand it. The song is our ultimate fantasy: mixing, in less than three minutes, the intensity of contemporary urban Latin music with the swagger and violence of distorted guitars.

Can you describe your creative process? When do you feel most inspired?

We are constantly changing the way we create: that is the only way we can keep things fresh. Otherwise, we get comfortable. For Love On Me, for example, we started by creating a beat. Then we wrote the proper song on top of it. For This Roof Is Burning, the previous single, we started by writing the melody and the lyrics, so it was the opposite way.

Also, every situation can be inspirational. You just have to work a lot. As our fellow countryman Picasso said, “action is the foundational key to all success”.

Do you have an rituals before live shows?

We give each other a heartfelt kiss and shout a little bit to shake the nerves off.

What else can we expect from you this year (album, EP, tour)?

We just released ‘GUILTY PLEASURE’, our first album. We’ll be touring Spain this fall and we’ll visit the UK and Europe after that. Stay tuned!

Check out Love on Me below:

Advertisement. Scroll to continue reading.
In this article:Chelsea Boots