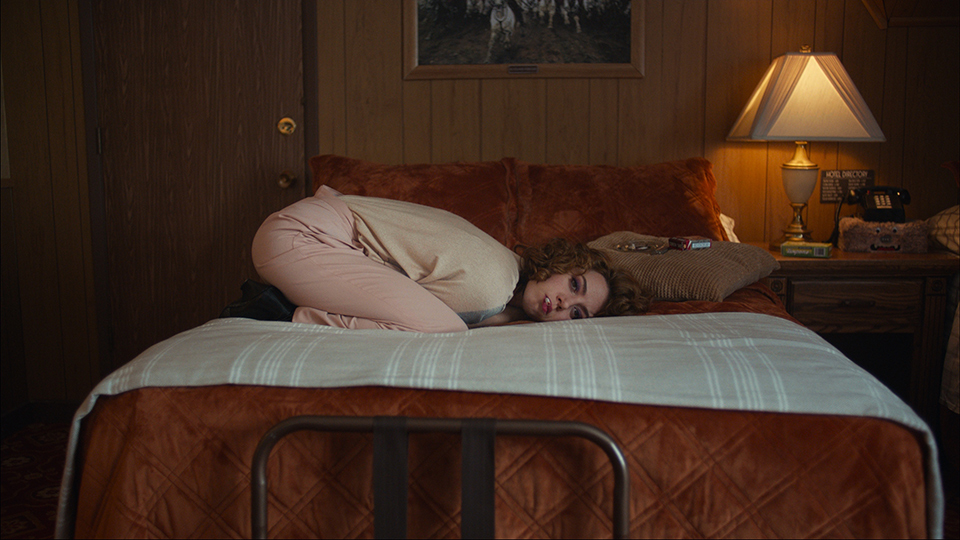 Dead-pan coffee shop waitress Lulu Danger (Aubrey Plaza) is sacked from her job by her wacky husband Shane (Emile Hirsch) and she accidentally confides in him that her brother Adjay (Sam Dissanayake) has a small fortune stashed away. Shane puts a plan in motion to rob Adjay, which puts him the path of Colin (Jemaine Clement), a man hired to get the moment back. Lulu meanwhile becomes infatuated with old flame Beverly Luff Linn (Craig Robinson) when she sees an advert on TV for his upcoming one-night-only show. Determined to see him again, Lulu heads off on an adventure that sees her unexpectedly joining forces with Colin, who falls in love with her.

An Evening With Beverly Luff Linn is a film that is so bonkers, it’s most definitely not going to be for everyone. Director and co-writer Jim Hosking, whose previous film was The Greasy Strangler, does everything he can to craft a bizarre caper but unfortunately it doesn’t have all that much of a point to it. Every single character is quirky, which makes their interactions stilted and difficult to get on board with. The film also moves from odd sequence to odd sequence, and there’s not a whole lot of warmth to draw the audience in.

The narrative of the film is so loose that there’s barely anything to sink your teeth into. The various plots, of which there are many, run side-by-side with a very thin connection. It feels more like Hosking just instructed his actors to give wacky performances and react oddly to anything that unfolds. The main story, which is Lulu trying to see Beverly, just isn’t all that exciting and becomes repetitive quickly.

My main issue with An Evening With Beverly Luff Linn is that the cast give performances not dissimilar to the work we’ve seen from them before. I was a big fan of Aubrey Plaza in Parks and Recreation but since then she’s played variations of her character April Ludgate. As Lulu she plays yet another variation opposite Flight of the Conchords’ Jemaine Clement, who basically plays himself. Matt Berry is the most entertaining as Beverly’s assistant Rodney Van Donkensteiger but even he is just playing the kind of character we’ve come to expect. As for Craig Robinson, he doesn’t get much more to do than growl and belch.

With such a talented cast, I’d had high expectations for An Evening With Beverly Luff Linn but sadly it’s not a great film. There’s a good story in there somewhere but the humour falls flat and the cast play their usual characters. Add to that a feeling of mean spiritedness that seems to run through the film, and it’s not the most enjoyable watch. File this one under disappointing.