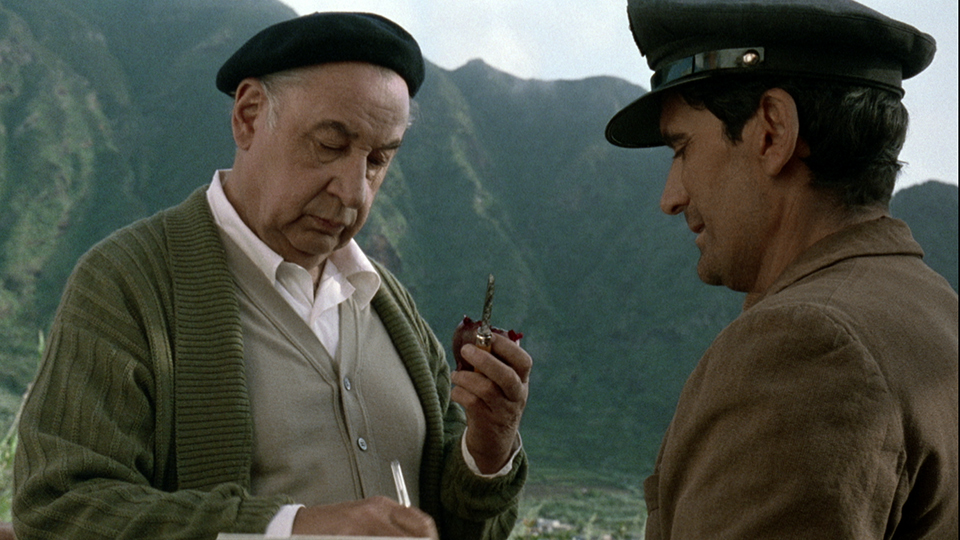 Il Postino (The Postman) was a critical and commercial success upon release in 1994.

It was nominated for five academy awards (winning just the one for Best Music) and two BAFTA’S, where it went on to win the awards for Best Film Not in the English Language and Best Film Music. Sadly, lead actor Massimo Torisi would not see any of this as he died days after filming was complete.

I spoke with director Michael Radford about his poetic film, working closely with Torisi and more.

Twenty-four years after its release Il Postino (The Postman) continues to win over hearts and minds. What do you put its enduring legacy down to?

It may be partially due to the star of the film died almost immediately afterwards. But I think it touches a couple of things in people that are very profound, and I don’t know if I realised that when I was doing it. One is that I think everybody, sooner or later, feels the need to express the better part of themselves. They usually do it by writing a poem. They write it and think that nobody will read it, but it expresses something in them. The second thing is that I think everybody, all of us have a mentor in our lives who has taught us a bit. Those two ideas together have caught the imagination of people. I think it is also because the film is both funny and sad. It has a lovely poetic quality about it. I saw it again recently for the first time in fifteen years and it was very strange. I thought “My goodness. I’ve actually made a decent film here” [laughs].

So, did you see something new in it when you watched it recently?

I don’t think I saw anything new in it. When I was making it I thought it was very simple. It is quite a simple film. But when I saw it I realised it’s quite poetic in a way that doesn’t put people off, it engages them. It is not sentimental, but it is very profound. I can honestly say it is a combination of various things that came together. It was born out of a picture I made in Scotland called Another Time Another Place. It was about three Italian prisoners of War. That is how I met Massimo Troisi because I had asked him to be in it and he didn’t want to come to Scotland because it was too cold [laughs]. After he had seen it he asked me to make a film with him in Naples and I said, “I can’t do that Massimo because it is too hot down there.” [laughs] After that we became great friends. We came across this story that was based on a Chilean novel about Pablo Neruda and we changed the story a bit. It just took off.

The locations you used in the film are stunning. It must have been something quite special to shoot it?

It is a small yet exceptional cast. How did you go about casting the project?

It is part of my job really. You have to use your instincts. I had to make the film with Massimo as he was the producer. Phillippe Noiret acted it in French and not Italian and then we dubbed it afterwards into Italian. Noiret was a great French actor. He was a big movie star in Europe. He looked extraordinarily like Pablo Neruda, it was just a coincidence though. So, I sent him the script and within about half an hour I got a phone call from him saying “Don’t ever offer this part to anyone else but me.”

You mentioned being friends with Massimo a long time before working together on Il Postino (The Postman). What was he like as a friend?

He was a wonderfully amusing guy. He was an incredibly courageous guy. He did have a damaged heart and he knew sooner or later that he would have to have a heart transplant. But it never affected him. He was very very funny. He was delightful guy to be around. What I like about him a lot was that his humour wasn’t quite as Italian as they normally are. Italian humour tends to be loud but he had a kind of British sense of humour. That’s the only way I could explain it. I found him incredibly funny. Another Time Another Place was his favourite movie of all time and he desperately wanted to make a film with me.

It was such a shame that he was so very ill during filming. How tough was it for you as not only his director but also his friend?

It was… terrible. It was one of the saddest and most difficult things in my life. There was a moment when we started this thing where he collapsed on the first day. We stopped shooting and he went off to stay with his sister. He called me and said: “How am I?” and I knew that he was seriously ill, and I knew that he was saying to me ‘Do I stop now or don’t I?’ and I knew he was asking me to make that decision. It was a desperate decision. I said to him “Look, I think you are fantastic.” So, he said: “Right, we are going on and we are going to make this film.” As he went on he got sicker and sicker and it’s very tough to say that as you don’t see it in the film. He could only work for about an hour a day. He had the strength of an eighty-year-old man. He couldn’t do any of the bike riding, I had to use doubles. I used doubles for anything that didn’t involve his face talking to the camera. We ran overtime that we had to make the film because he was so slow. The other actor’s contracts ran out and I ended up filming the wedding scene with twelve doubles. It worked. Nobody notices.

You couldn’t use doubles for his scenes with Maria Grazia Cucinotta, who plays, Beatrice. These scenes are very tender and romantic. How did you approach filming those moments?

I wasn’t trying to be a big movie director. I was just trying to do what I had to do and doing it with my own feelings. Maria Garzia, at the time, was not really an actress. She just looked like you would imagine a fabulous looking girl from the south of Italy to look like. She was a delightful person. It was just a case of trying to be subtle and not over doing it. I think it works.

There are so many great lines in the film. My favourite is “Explaining poetry makes it sound banal.” Do you have a favourite line?

Oh gosh [laughs]. I think probably my favourite line is when they are sitting on the beach and Pablo Neruda is explaining to him what a metaphor is. Neruda recites a couple of lines about being on a boat and he says, “I feel like I’ve been batted backwards and forwards like something bobbing in the water.” Neruda says to him “Well, that’s it. You’ve just said a metaphor. That’s a metaphor.” The postman says, “You mean I invented a metaphor?” and Neruda says “Yes, you did” to which the postman replies with “It can’t possibly be a metaphor because I didn’t mean to say it” [laughs].