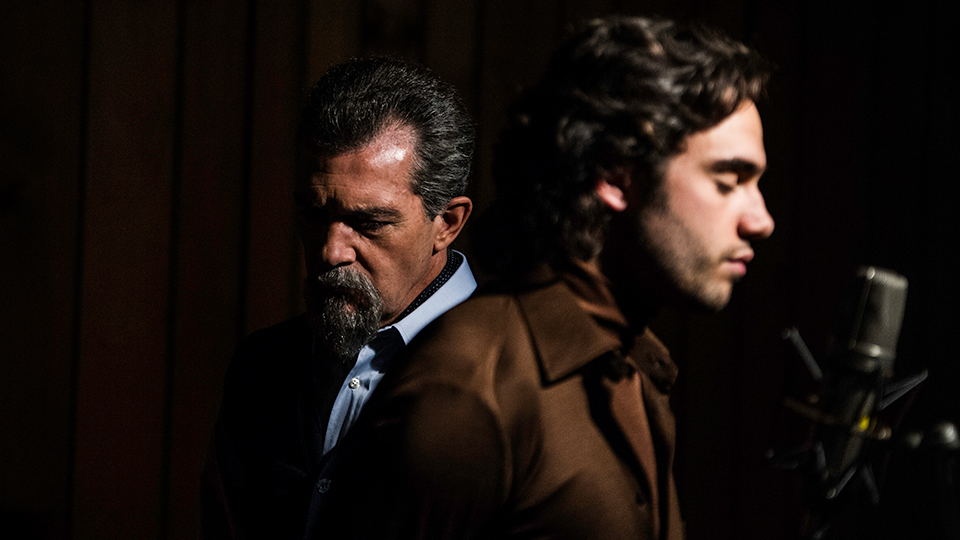 Italian singer Andrea Bocelli has sold millions of records, receiving countless awards and has legions of fans around the world.

He is one of the most popular crossover performers of all time. Celine Dion described his voice as “If God would have a singing voice, he must sound a lot like Andrea Bocelli.” Now, Bocelli is entering into the cinematic world with the release of The Music of Silence.

I spoke to director Michael Radford to find out more about the film, discuss working with Bocelli and to talk about casting Antonio Banderas.

You have directed The Music of Silence, which is based on Andrea Bocelli’s book. Is this a straight adaptation of the book?

It is a straight biopic. It takes it from when he was born because he was born partially blind and then recovered a bit and then he had operations which gave him his sight back. Then when he was at blind school someone kicked a football and it smacked him in the eye and he went blind for the second time. It is pretty much the story of his life up to the point at which he became famous, which was at a concert he did with Zucchero, who was a fantastic pop singer, and he did this duet called Miserere. Luciano Pavarotti was going to do [the song] but he fell ill and he [Bocelli] ended up doing it and it launched his career. He had to wait a long, long time. He was nearly forty when he first became famous.

Did you work closely with Bocelli?

To a certain degree yeah. We became friends. I worked on the script with Anna Pavignano, who was my co-script writer on Il Postino (The Postman). It was a great opportunity to get together and do something else. It is very problematic doing a film of someone who is still alive because, inevitably, when you do a biopic the rhythms of daily life are not the same as rhythm’s in movies. You have to change it. Not change it to betray it but to make it in movie terms. Somebody who is still alive can make comments on it. Even though he can’t see it, he can hear it. He can always say “Well, it didn’t happen like that.” He was very happy with the movie and it has been a huge hit in Italy.

What did you see in Toby Sebastian that made you think “That’s who I want to play Bocelli?”

It wasn’t just me, it was everybody. The moment we saw him… first of all, he is a very good actor and he sorted of looked like Bocelli but not in the sense that he physically looked exactly like him, but he could be him in a way. Everybody has said so including the [Bocelli] family and everyone who has seen the movie.

You have Antonio Banderas in the film playing Bocelli’s Maestro. What made you bring him in for this project?

When you make a film, you try and put in people who are names because they sell the movie, if you like. Antonio Banderas is a huge star in Italy. He is a huge star around the world but particularly in Italy he is a huge star. I found him absolutely fabulous. He is a fantastic actor. He is a great theatre actor. He is the nicest guy you could work with. He is a pleasure to work with and a terrific actor. He brings ideas and completely enters into the movie. I think he does a great job.

Are we going to shed a tear or two when seeing the film?

Yes [laughs]. It is a film I’m very proud of. There is something very touching about it.

The Music of Silence is released in the UK on 29th October 2018. Watch the trailer below:

Advertisement. Scroll to continue reading.
In this article:Andrea Bocelli, Michael Radford, The Music of Silence