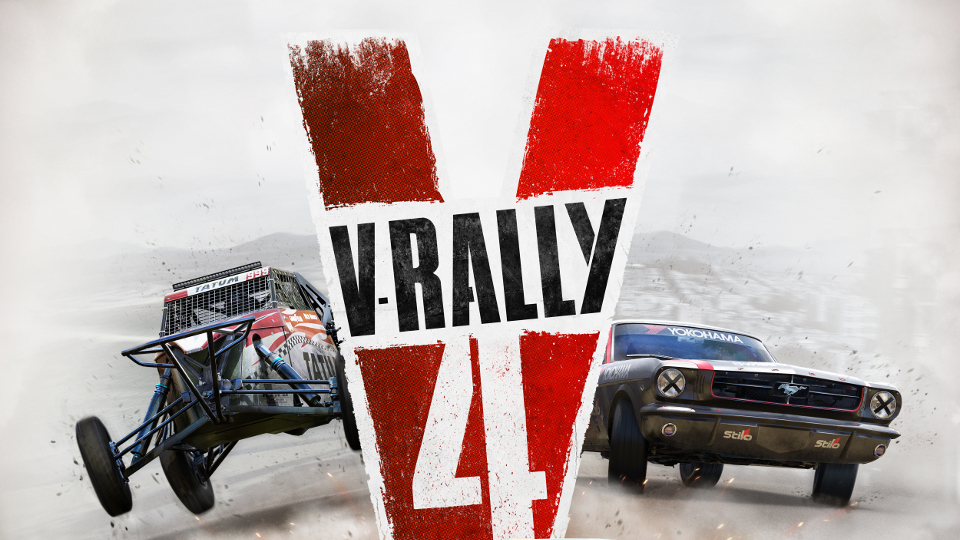 Ah, the year is 1997 and the PlayStation is hitting its stride. DualShock is changing the landscape of how games are played with controllers and graphical limitations are being pushed with new hardware. It’s a magical time that gave us many beloved games. Amongst these, you had a fair number of racing games that drove into our hearts. The V-Rally series hit the shelves becoming a bestseller in the UK for three glorious months. The original V-Rally would continue on to a Platinum re-release to support DualShock, taking advantage of the new technology and be followed by a healthy number of sequels, all with a tight fan base behind. V-Rally 4 is the fourth in the series, not without trickling games on the wayside that mirror it without borrowing the flagship name.

If you’re new to rally racing in any of it’s forms, there’s a lot to take in. Drifting and handling around dirt and tarmac courses isn’t uncommon to rally and you might be surprised to know you’ll have a companion in your ear handing you a tidy list of oncoming obstacles and manoeuvers. There’s a nice array of practice stages without limitations to drive around on and perhaps sharpen those handling skills a bit. I appreciated very much how these stages appeared to not be linear and more of an adventure. V Rally 4 is simply gorgeous to boot as well–from the different tracks and their surroundings to every car and how the light bounces off just right. It’s truly a treat to look at as a whole.

Watch the V-Rally 4 launch trailer below:

Career mode is an interesting array of levels and difficulty multipliers. Keeping with the realistic touch, you often have to pay an entry fee to your races to even get on the track. The prize purse is the incentive here–something like a 5k entry fee to a race can turn to a 100k purse. In a career mode that causes you to pay for your parts and your rally team, the money has to come from somewhere! Luckily, starting out they give you a sponsor buff, but drive carelessly and you’ll lose it all in a blink of an eye.

Coming from Flint, Michigan myself, I must say my eye was keen on the continuity of the Detroit track. Now, if I deemed it personally accurate, then the authenticity of the other tracks should come to no question. My conclusion was one of being impressed. The desolate, arid surroundings that Detroit warehouses often accentuate was captured pretty close to its real life counterpart. This made playing other tracks even that more fun, feeling like I have a little window into another location that I might not necessarily ever visit…and being able to burn rubber all over them.

View some V-Rally 4 screenshots in our gallery:

The community seems to be very split down the middle with V-Rally 4. As it comes from a line of V-Rally games, there’s a precedent there that was expected to be followed and some aren’t quite so happy. My opinion lies with the one of ignorance: I’ve never driven a car before that had serious horsepower, nor do I go out of my way to seek out racing games unless they drive into my lap. My understanding of rally physics is basic at best. I know how to drift in games, and place first with a bit of work and determination, but sometimes that’s not quite what the hardcore racing gamer is after. Being very vocal about it not matching a realistic simulator of rally racing, there’s many old and new V-Rally players that call V-Rally 4 a stepping stone to the next title. To me, I’m happy as a clam to have a little fun on the track–enjoying the surroundings and maintaining decent control of my car with a very fast learning curve involved. I can’t be mad at how easy it is to pick up and play–this also makes it very reasonable to play with someone else who isn’t very well versed in these types of games.

There’s a divide in how people feel about V-Rally 4. Previous players aren’t quite impressed, whilst I would predict novice players on the overall racing game circuit would be quite pleased to have a game like this on their shelf. This one calls for a bit of homework beyond this review if you’re uncertain, but I can tell you I had a whale of a time flying around (on the track, into trees, maybe into sidelined people…) in my Lancer and there’s a pretty good chance you will too!

V-Rally 4 was reviewed using a digital code supplied by the publisher.