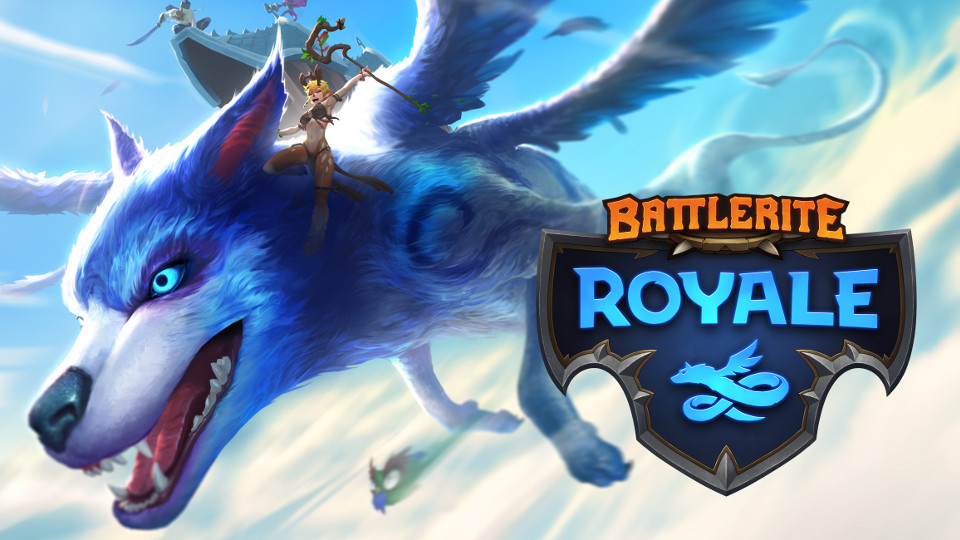 Welcome Champion! It’s time to step into the arena for a match of survival between other worthy opponents.

Battlerite Royale works to be a pretty straightforward online multiplayer PVP death-fest. It’s based around Stunlock’s previous game Battlerite Arena but gives a new experience with maps 30x larger and is currently played with up to 20 other players. You choose between a cast of really unique characters with a strong resemblance to Blizzard’s WoW/Hearthstone/Overwatch art style. It’s bright, colourful and the top-down view instantly makes me reminisce about Torchlight.

The gameplay skydives you onto an arena-like island. You’ll have NPCs or live players (depending on which mode you select) which will spawn at random points around the map. There’s merchants and chests around the place to pick up various abilities which you can swap from time to time, or perhaps gain a treasure in the wash. You’re meant to seek each other out and eliminate all opponents to be the last one left standing. Sounds simple? Well, in theory yes. There are many factors at play to give you a tough time in your quest for victory. The big one is the threat of a creeping death shroud. It’ll slowly make it’s way across the map with warning, breathing down your neck the whole time. In a jungle of demise with the anxiety of having someone waiting around the corner for you at any given time, this multiplies the urgency of survival by quite a bit more.

In addition to your various abilities, you have an ‘ultimate’ that acts as a power move with a short recharge. I should mention here that the pace of everyone’s movement feels pretty sluggish, and the only time that’s really a good thing is when you have the upper hand, or are trying to aim out your ultimate attack. Since time doesn’t stop for an online game, you have to be quick with your thinking reflexes to land these moves properly.

So is it good? Without beating around the bush, Battlerite Royale caters for a very specific online gaming community. It is a large community, but is still very niche. Seeking out live players in a match always comes with a heavy set of pros and cons: pro–you have an opponent who can think for themselves, thus providing more than a brainless challenge. Walking through a match won’t be easy and you’ll certainly need practise to provide your A-game so to speak.

Unfortunately, the con side borrows from all that–the existing players are often to a skill level that feels impossible to catch up. For someone that isn’t hip to playing online all the time, this can be a real fun-sucker. You want to do well, and you strive to put your best foot forth, but all to often it gets blown off before you can even dip a toe in. Yes, you can practice with NPC rounds, but there’s nothing in that mode to prepare you for live players as the two are vastly different. They’re brutal, they know their stuff and they will not hesitate (at any level) to completely erase you from the board. To enjoy this level of PVP you have to be extremely competitive, with thick skin and nerves of steel.

View some Battlerite Royale screenshots in our gallery:

I don’t often go out of my way to seek out online multiplayer games, unless one of the conditions is cooperative. To me, it’s a bit of a let down that a game so wonderfully gorgeous with such a colourful cast of characters HAS to be you pitted against another random human screaming at you over a microphone. If this is what you seek in a game, then by all means this is one is put forth with a huge recommendation. It’s an interesting premise to say in the least, with plenty of room for advancement, rewards and other goodies to unlock from rankings to skins.

Be it what it is–the option to play a cut-throat competition is left solely up to you, reader. For the people that enjoy online multiplayer: this could very much be your next big thing. It’s engaging, well done and I can see very much how it would become a title with ample longevity for you. For the gamers that like a nice quiet stroll in the park: probably best to steer clear of this one.

Battlerite Royale was reviewed using a digital code supplied by the publisher.