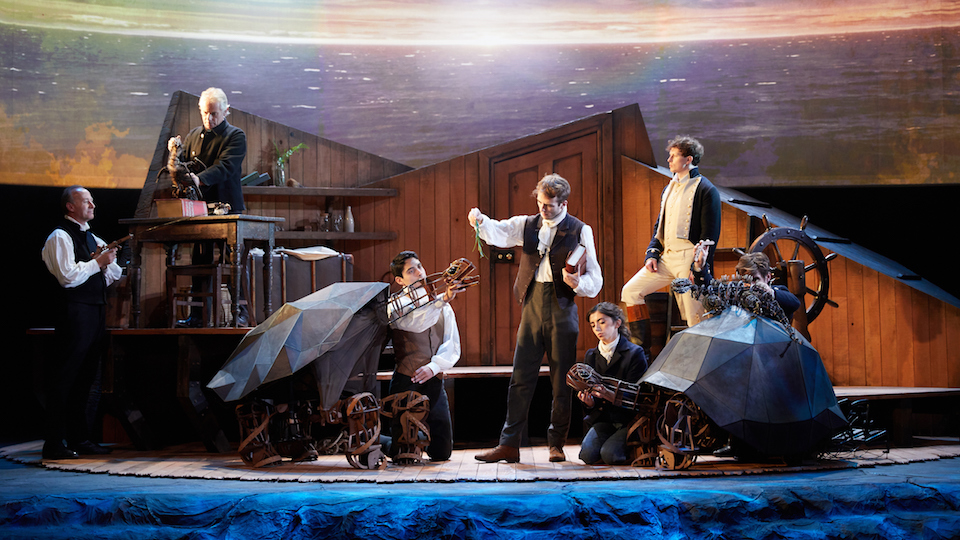 The Wider Earth is the coming-of-age story of a rebellious and inquisitive young naturalist Charles Darwin (Bradley Foster). Freshly graduated from Cambridge at 22, wide-eyed and eager to explore the world, he grasps an opportunity to set out on an intrepid five-year voyage on HMS Beagle to distant and exotic lands. Much to the dismay of his father and love interest Emma Wedgwood. Human flaws in Darwin, and the influences he encounters such as headstrong Captain FitzRoy (Jack Parry-Jones), are highlighted as well as Darwin’s burgeoning intelligence. Here’s a young man on the cusp of gathering the evidence that will see him confidently challenge the scientific and religious status quo. The soul searching Darwin felt in making peace between his findings, God and Nature is both emotive and respectful, no matter what your belief system. When we usually picture Darwin it’s as a wise, bearded expert whose name is synonymous with his theory of evolution. There’s real joy to be felt in witnessing his mission of youthful discovery and foolhardy exploration. Darwin’s inexperience meant he’d an open mind to marvel at the wonders in the world. Both adults and children will have their imaginations ignited by this unique production.

Written and directed by Dead Puppet Society’s Creative Director David Morton, The Wider Earth was initially conceived in 2013 in Cape Town during a mentorship with Handspring Puppet Company, the creative team behind War Horse. The intricate thought and detail behind the staging, lighting, music, costume and design in this production is nothing short of outstanding. A rotating wooden structure is bathed in different light against a changing projected backdrop, adapting to locations in Darwin’s Cambridge professor’s rooms, uneven exotic terrain and even the convincingly creaky wooden interior and exterior of the HMS Beagle.

All cast, besides young Darwin and his Captain, seamlessly change costumes and personas throughout the journey, but the real stars of the show are the thirty lifelike puppets representing the tropical wildlife Darwin encountered. From tiny Galápagos finches, to giant tortoises, armadillos, shoals of exotic fish and a duck-billed platypus, you’ll find it hard to take your eyes off them.

Marcello Cruz and Bradley Foster in The Wider Earth

The Natural History Museum inspires a love of the natural world and, presented in the first performance theatre ever to be built at the museum, located within the Darwin Centre, there could not be a more ideal setting to take in The Wider Earth. It’s a perfect production for all the family to enjoy. Be sure to book early to avoid disappointment.

Watch the trailer below for a sneak peak: