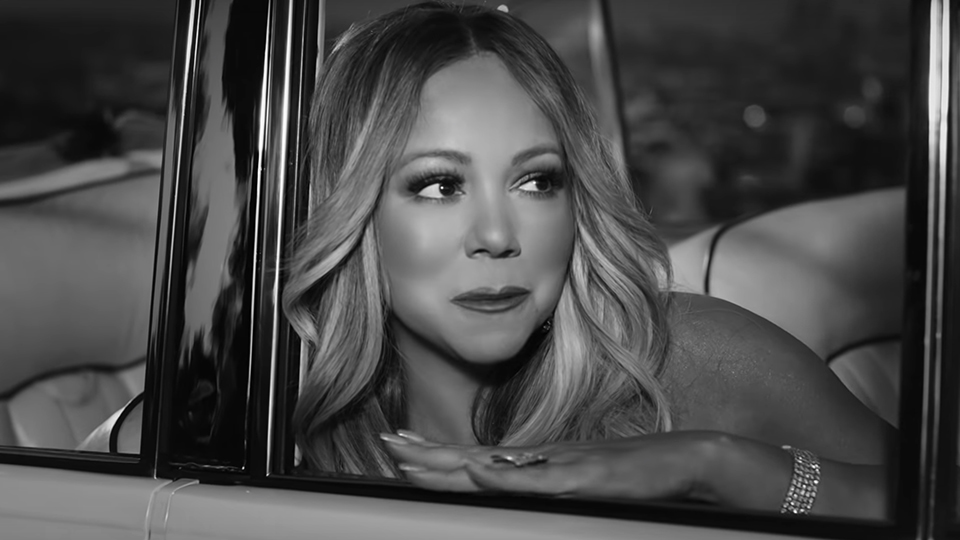 Mariah Carey has released the music video for her new single With You and it’s a gorgeous black-and-white affair.

Directed by Sarah McColgan, the video premiered over night on ET Online and it finds Carey in Los Angeles. Over the course of the video she’s seen driving around the City of Angels, walking down Hollywood Boulevard, performing outside and inside Fuchs Mansion in Pacific Palisades, and sipping tea in a bathrobe.

There are some nice moments in the video, which sees Carey looking happy and relaxed. We especially liked the moment where she’s singing into her hairbrush as it gives a more natural glimpse at the superstar.

On Tuesday night Carey performed With You live for the first time at the American Music Awards. Dressed in a stunning pink gown, Carey was surrounded by dancers with a mirror effect making it look like she was performing in a giant clam.

The performance was choreographed by Carey’s dancer and boyfriend Brian Tanaka. You can watch it below:

With You and buzz track GTFO have been getting fans excited about Carey’s forthcoming album. Details are tightly under wraps at the moment but the album is expected to arrive at some point before Christmas.

One thing we do know is that Carey will be back in the UK in December for the second overseas outing of her incredible All I Want For Christmas Is You Tour.