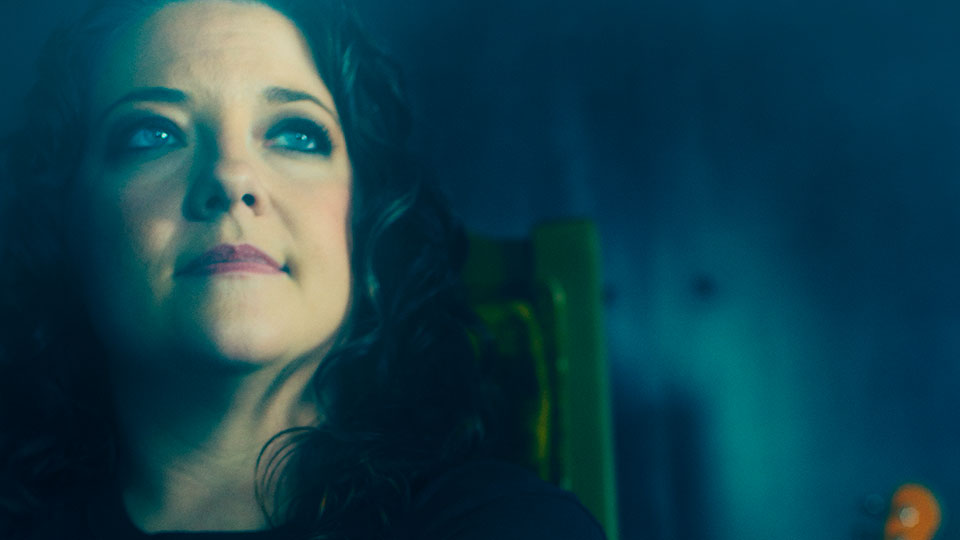 It’s safe to say Ashley McBryde was the star of this year’s Country to Country festival. She wowed attendees with her performances across the weekend and her solo show at London’s Borderline that week quickly became the hottest ticket in town. Since then she’s released her debut album, Girl Going Nowhere, to critical acclaim. After supporting Luke Combs on his UK tour last week, she rounded off her latest trip across the pond with her biggest headline show here to date at Islington Assembly Hall.

Carrying her acoustic guitar, McBryde walked on stage around 9.15pm to huge cheers from the audience. After asking for a moment ‘to soak it all in’, she opened her set with Rattlesnake Preacher, a fiery gospel-influenced number which gave her a chance to show off the power and soul in her voice as well as some impressive vocal runs and a twangy guitar riff. The audience roared their approval at the end and that set the template for the rest of the show.

After declaring early on that she was doing away with the set list and wasn’t going to play ‘the same show all week’, McBryde combined songs from her debut album with EP cuts and a few choice covers. The latter included her spin on Guy Clark’s Stuff That Works, John Prince’s classic That’s The Way The World Goes and McBryde’s version of Country People (originally by Travis Meadows). However, the best of the bunch was Whiskey And A Gun, a tale of a wronged woman who takes her revenge written by McBryde’s friend Lisa Carter. McBryde does a wonderful job of bringing the central character and all her emotions to life, as well as capturing the sinister atmosphere of the song, and it’s one I’d love her to record someday.

I’d really been looking forward to hearing McBryde perform some of the songs from her album we haven’t heard yet in the UK, and she happily obliged. The Jacket had a laid-back, folky feel (with a cheer from the crowd at the Willie Nelson reference), whilst the rocky, uptempo Livin’ Next To Leroy allowed her voice to soar I’m contrast with its dark lyrics. She also played the lilting and affectionate ballad Andy (I Can’t Live Without You) at the request of a fan, which was full of warmth and showed off her smooth, rich vocals to perfection. As well as taking requests, she happily posed for selfies and chatted to the audience about the stories behind her songs, showing off her wry sense of humour.

However, there was also plenty of room for fan favourites in tee set, including the raucous kiss-off Fat And Famous, the joyous Radioland and Bible And A .44, an emotional ode to McBryde’s father. All of them gave her a chance to show off her stellar vocals and vivid, detailed songwriting, and she was backed admirably by the audience who sang along to every word. Frequently she broke off for them to go solo as she rocked out with her guitar – getting some incredible sounds out of it – and could be seen with a look on her face as if she almost couldn’t believe prople knew the words, which was just lovely to watch.

McBryde closed her set with American Scandal, one of the most popular tracks on her album. It was a raw and passionate performance which saw her belting out some huge notes and received a volley of applause from the crowd. She whirled her towel over her head before raising her hands to her face in prayer, with a shocked expression, and it was clear she was almost overwhelmed by the enthusiasm of the audience’s response.

After thanking her crew, McBryde kicked off the encore with a sweet, smooth a capella rendition of Amazing Grace before playing Luckiest SOB. It’s a rowdy, rollicking barroom anthem that celebrates being alive and had the audience singing along so loudly they practically took the roof off the building! She followed that with the title track from her album. It’s a softer, more subdued approach than many artists would take, but for her it really worked, bringing out the depth and bluesy notes of her voice as well as her skill as a storyteller. The audience gave another thunderous roar as the song drew to a close and she thanked them by raising her fist before leaving the stage.

Overall Ashley McBryde delivered another powerhouse performance that’s sure to have won over plenty of new fans as well as appealing to longer-term listeners. Her set showed off the unique tone and qualities of her voice, as well as her songwriting and guitar-playing talents, and she came across as warm, funny and engaging throughout. For me there were perhaps one too many covers and I’d have liked a couple more songs from the album, but sue did mention some of them don’t really work without her band (fingers crossed we’ll see them over here soon!). However, whilst she may have described the night as ‘one girl and one guitar and one crowd’, it all added up to something far more than that and needed up being truly magical. It’s clear the UK has embraced her and she’s destined for big things over here, and I cannot wait!