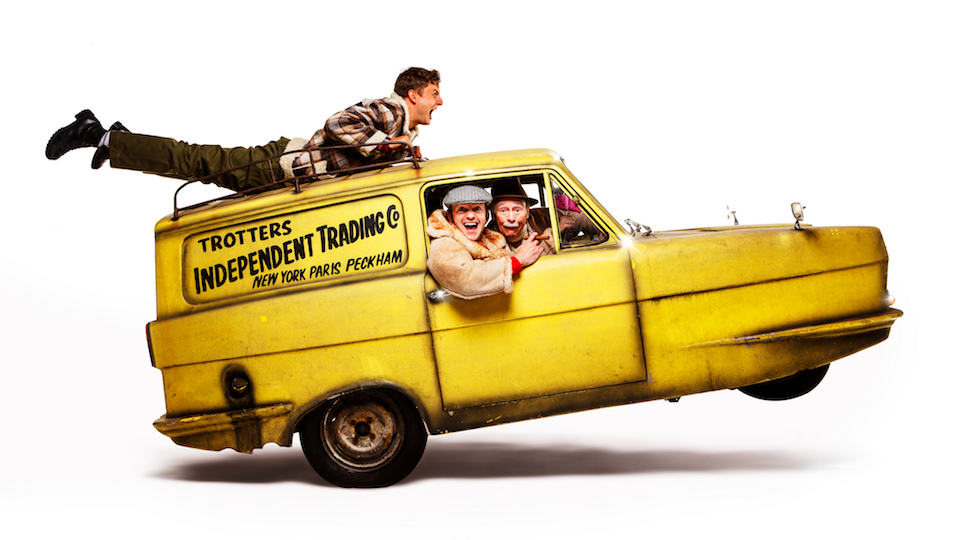 From Peckham to the West End… that’s right, Del Boy, Rodney and Grandad are headed up West! John Sullivan’s iconic sitcom Only Fools and Horses has been turned into a new West End musical co-written by and starring Paul Whitehouse.

With a script and original score by John’s son, Jim Sullivan, and comedy legend Paul Whitehouse prepare to get reacquainted with Britain’s most loveable rogues and experience the classic comedy brought to life once again.

Paul Whitehouse will take centre stage as Grandad, uniting with Tom Bennett (Del Boy) and Ryan Hutton (Rodney) in this unique showstopper, featuring cherished material from the TV series. They’ll take a trip back to 1989, where it’s all kicking off in Peckham. While the yuppie invasion of London is in full swing, love is in the air as Del Boy sets out on the rocky road to find his soul mate, Rodney and Cassandra prepare to say ‘I do’, and even Trigger is gearing up for a date. Meanwhile, Boycie and Marlene give parenthood one final shot and Grandad takes stock of his life and decides the time has finally arrived to get his piles sorted.

With musical contributions from Chas n Dave, the beloved theme tunes as you’ve never heard them before and an array of comic songs full of character and cockney charm, you’re guaranteed to have a right knees-up!

Directed by Caroline Jay Ranger, Only Fools and Horses The Musical will also feature many of the hugely loveable characters from the TV series: Raquel, Denzil, Mickey Pearce, Mike the Barman and the dreaded Driscoll Brothers.

Paul Whitehouse said, ‘This was the last project that John Sullivan was working on when he died – he was just starting to develop Only Fools as a musical – so when writing it, Jim and I have remained very faithful to the feel and scripts of the TV series, but also highlight some contemporary issues.

‘We’re very conscious of the Only Fools legacy and that it’s so fondly remembered by people of almost all ages, so we’ve tried to incorporate everyone’s favourite moments from the TV shows and of course, all the great characters – but this time it’s with songs.’

Cushty! Tickets are on sale now so be sure to book early, you know it makes sense…

In this article:John Sullivan, Only Fools and Horses, Paul Whitehouse, Theatre Royal Haymarket