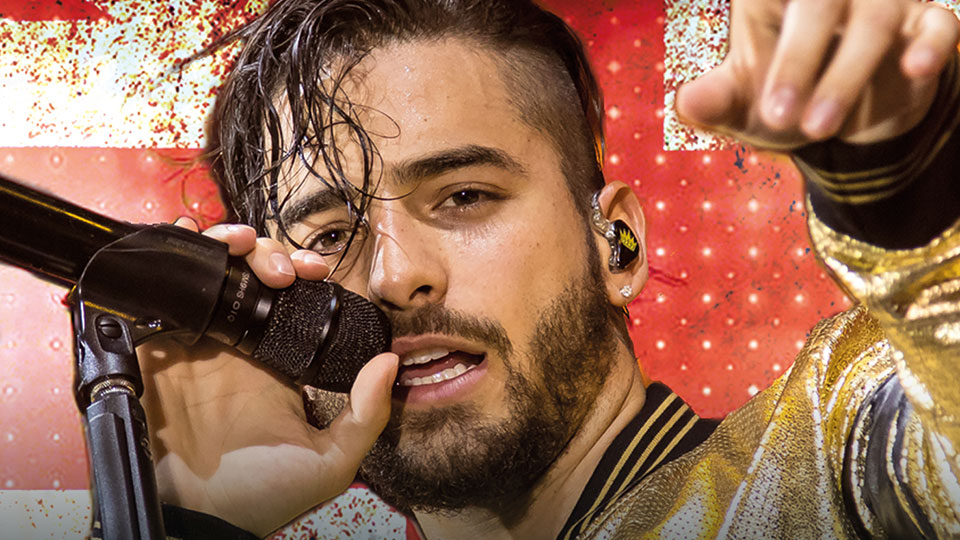 Maluma is heading back to London to perform at The SSE Arena in Wembley on Thursday (27th September 2018).

The show follows on from his sold-out headline show in the capital last year and is in support of his huge album F.A.M.E., which was released earlier this year. The singer has had huge hits with songs such as Borró Cassette, El Perdedor, and Clandestino and Chantaje with Shakira.

Maluma is currently shooting up the charts with the singles Mala Mía and Amigos con Derechos with Reik. Watch the video for Mala Mía below:

One of the most important voices in Latin music, Maluma has a huge social media following with over 31.2 million Instagram followers, 23 million Facebook fans and 5.2 million Twitter followers.

The Latin heart throb has picked up more than 8 billion views on his YouTube/VEVO channel with over 13.6 million subscribers. You could say he’s kind of a big of a big deal!

Maluma enjoyed a breakthrough with his 2015 album Pretty Boy Dirty Boy and in 2017 he sold over 1 million concert tickets across 105 worldwide concerts. He’s the top concert-selling Latin artist in the world.

On Billboard’s Latin Airplay Chart, Maluma has had seven number one songs and he’s the youngest artist to hold both number one and number two spots on the chart.

There are a few tickets remaining for the show so head on over to www.gigsandtours.com to grab them before it’s too late!