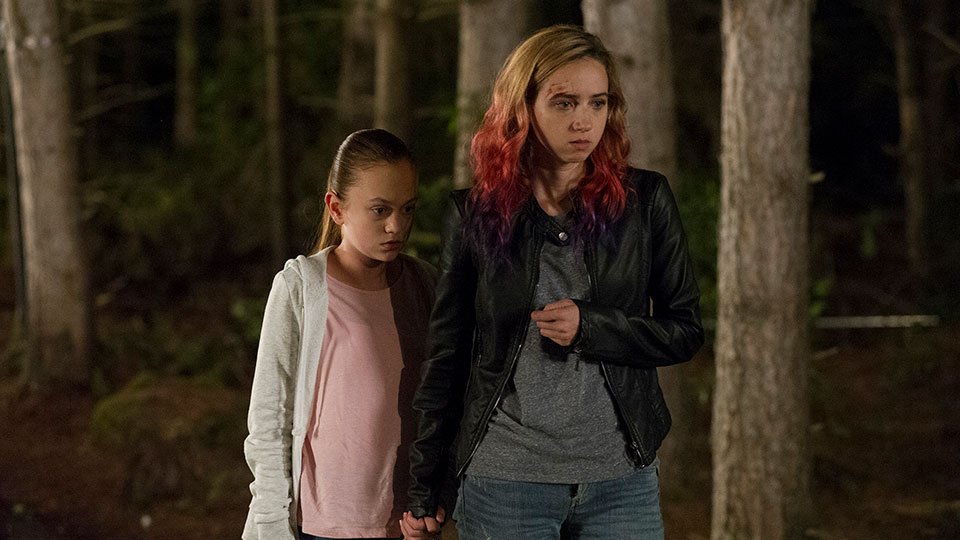 Claustrophobic new horror The Monster is being released on DVD and Digital on 8th October 2018.

The film is from The Strangers director Bryan Bertino (who writes and directs) and stars Zoe Kazan (The Big Sick), Ella Ballentine (The Captive) and Scott Speedman (The Strangers, Underworld).

Kathy (Zoe Kazan) and her 10-year-old daughter Lizzy (Ella Ballentine) are trapped and tormented in a pitch-black forest by a screeching creature. It is unlike anything they have heard before. Not human. Not animal. A monster.

With their relationship at breaking point, Kathy is on the edge while Lizzy is all out of faith in her mother but tries to stay brave and fearless. To survive the night, Kathy must summon her most primal instinct to protect herself and her daughter from what’s lurking in the darkness…

The Monster is a lean, mean horror with a dynamic building atmosphere of dread aided by strong characterisation and performances.

Icon Film Distribution presents The Monster on DVD and Digital 8th October 2018. Take a look at stills from The Monster in our gallery below:

In this article:The Monster, Zoe Kazan