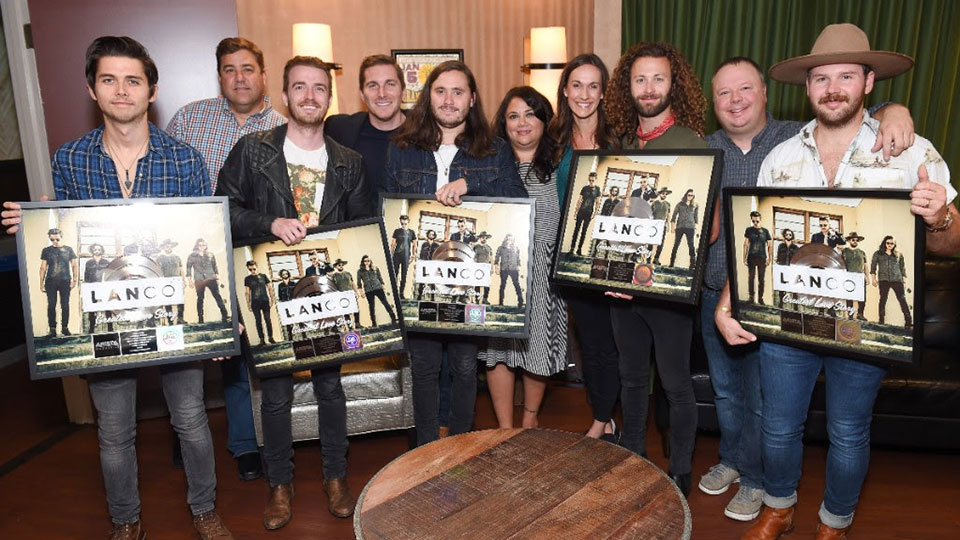 LANCO were surprised at the Ryman Auditorium before NSAI’s annual Nashville Songwriter Awards earlier this week.

The band were told the news that their chart-topping hit Greatest Love Song had been certified 2x Platinum by the RIAA. After performing the song the band’s frontman and the track’s sole-writer Brandon Lancaster was honoured with the “Songwriter/Artist of the Year” award, joining the ranks of Taylor Swift and Jack White.

“Looking back on this year and thinking of how many doors ‘Greatest Love Story’ has opened for the band blows my mind. This is a song we all believed in since day one and night after night we continue to see how it resonates with more and more people,” said Lancaster. “2018 has proved that five guys can go from jamming in a warehouse to actually living out this wild dream. It just validates that we are on the right path and we can’t thank our fans enough for riding out this journey with us. It feels like it’s just the beginning.”

Earlier this year LANCO picked up their first-ever CMA nod and they were the only new artist nominated for American Music Award’s Best Country Duo/Group.

Greatest Love Story has now had more than 423 million streams. LANCO is the only Country band to achieve a Platinum single prior to a debut album release. Their current single Born to Love You has hit the Top 20.