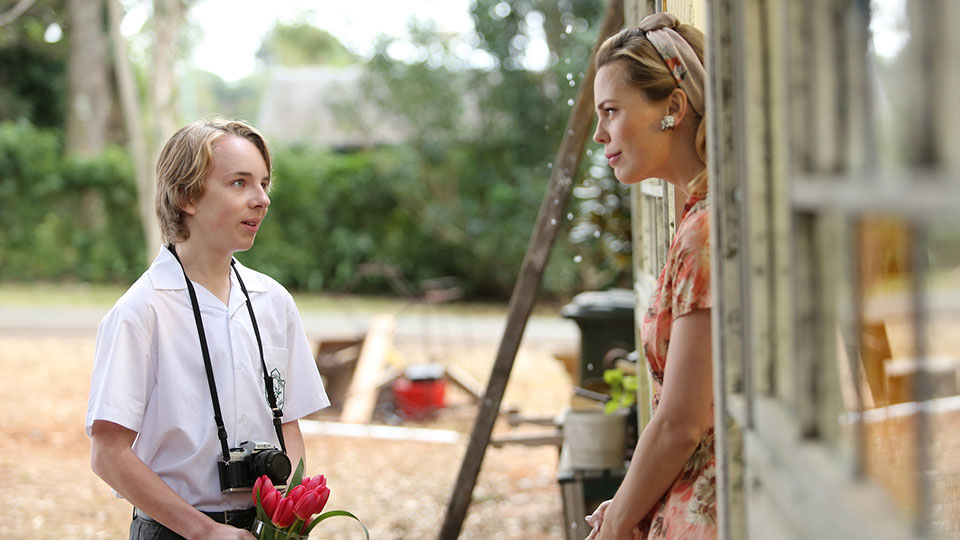 Eureka Entertainment to release The Butterfly Tree, a visually magical and heartfelt tale of love and loss starring Melissa George, as part of the Montage Pictures range in a Dual Format (Blu-ray & DVD) edition on 24th September 2018.

Inspired by a friend whom director Priscilla Cameron lost to breast cancer, The Butterfly Tree is a sexual coming of age story which is both an emotionally seductive and beautifully immersive experience.

Teenager Fin (Ed Oxenbould) and his father Al (Ewen Leslie) are both grieving the loss of Fin’s mother, who committed suicide 3 years earlier. Al seeks comfort in the arms of other women, whilst Fin secretly blames him for his mother’s death. When the exotic Evelyn (Melissa George) arrives in town, both father and son find themselves competing for her affections, and realise they must come to terms with their shared grief or risk losing each other forever.

The debut feature from the Australian director is a heart-warming story which has received acclaim for its stunning visuals. Eureka Entertainment is proud to present the film in its UK debut as part of the Montage Pictures range of world cinema titles.

The Butterfly Tree, a visually magical and heartfelt tale of love and loss, starring Melissa George can be purchased at https://amzn.to/2nHkO1t.

To celebrate the release of The Butterfly Tree, we’ve got 3 copies on Dual Format to give away. Enter below for a chance to win…

In this article:Eureka Entertainment, The Butterfly Tree