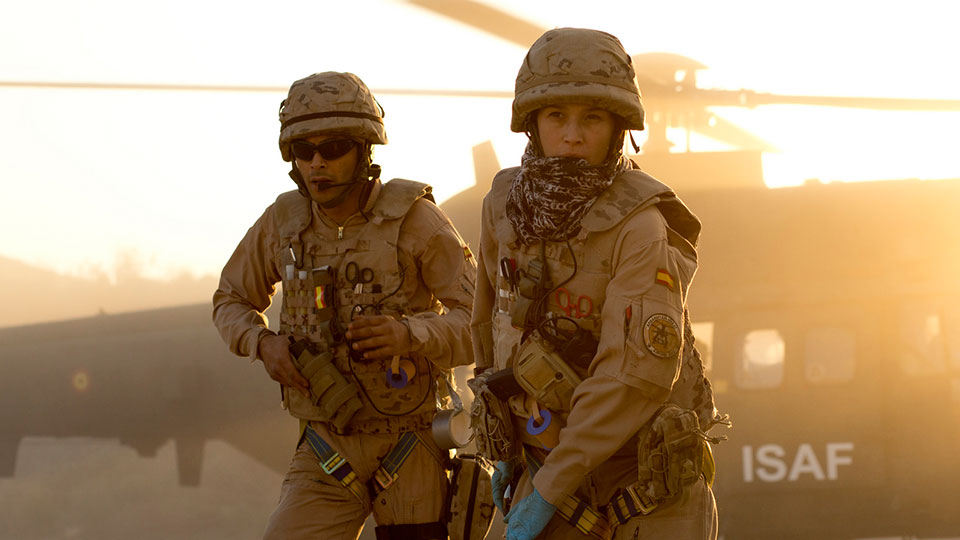 Eureka Entertainment to release Rescue Under Fire, an adrenaline-fuelled action thriller based on true events, on DVD from 24th September 2018.

The crew of a medical helicopter crashes in Afghanistan whilst attempting to assist an ambushed patrol of Spanish and American troops. The Spanish army has only one night to organise the rescue of the crew and injured, but what seems routine turns into hell once they receive the order to rescue the helicopter as well. Things only get worse when during the night a huge concentration of insurgents begin surrounding them.

The debut feature from director Alfredo Martínez, a multi-award-winning writer who has worked behind the scenes on numerous Hollywood blockbusters including Oblivion and Walt Disney’s 2016 smash hit, The Jungle Book. Rescue Under Fire is an incredibly tense and exciting action thriller that should not be missed.

Rescue Under Fire, an adrenaline-fuelled action thriller based on true events and can be purchased at https://amzn.to/2MvXPoi.

To celebrate the release of Rescue Under Fire, we’ve got 3 copies on DVD to give away. Enter below for a chance to win…

In this article:Eureka Entertainment, Rescue Under Fire