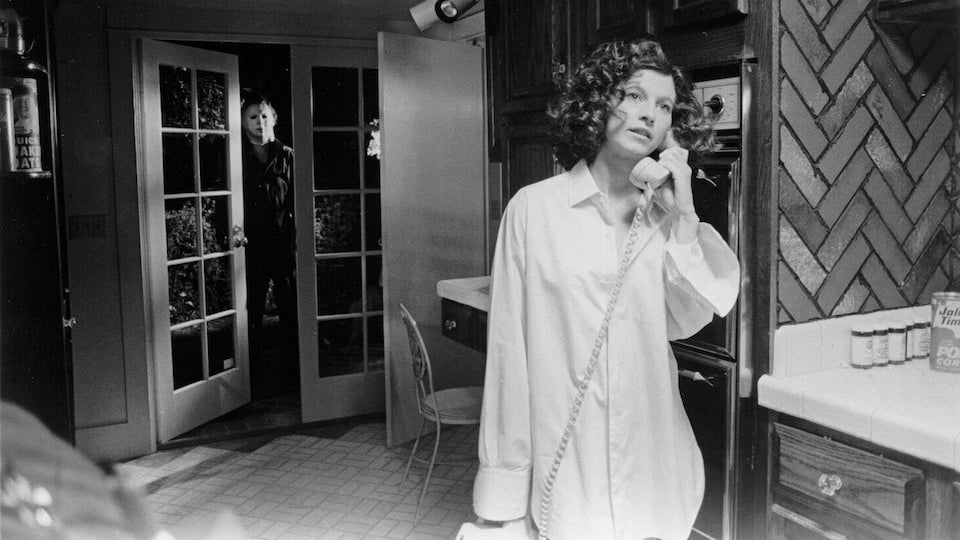 It has been 40 years since Michael Myers returned to terrorise his hometown, and to celebrate this ghoulish anniversary, Lionsgate are re-releasing John Carpenter’s classic horror film Halloween on DVD, Blu-ray and for the first time on 4K Ultra HD Blu-ray (which also includes 5 lobby-style artcards).

In a few short weeks, the brand new sequel to Halloween will arrive in cinemas. Retconning the entire franchise, the new film is a direct sequel to the original classic slasher, and ignores the events of every other film in the series. So make no mistake about it, there is no better time to revisit John Carpenter’s iconic horror masterpiece than right now.

The film tells the story of an escaped psychopathic child-murderer, who returns to his home town of Haddonfield to torment and murder the residents once again. Starring Jamie Lee Curtis and Donald Pleasance, Halloween is the ultimate and original slasher movie.

With a soundtrack to remember, a face mask you’ll want to forget and scares that stay with you beyond the 31st October – this is the only movie worth watching this Halloween.