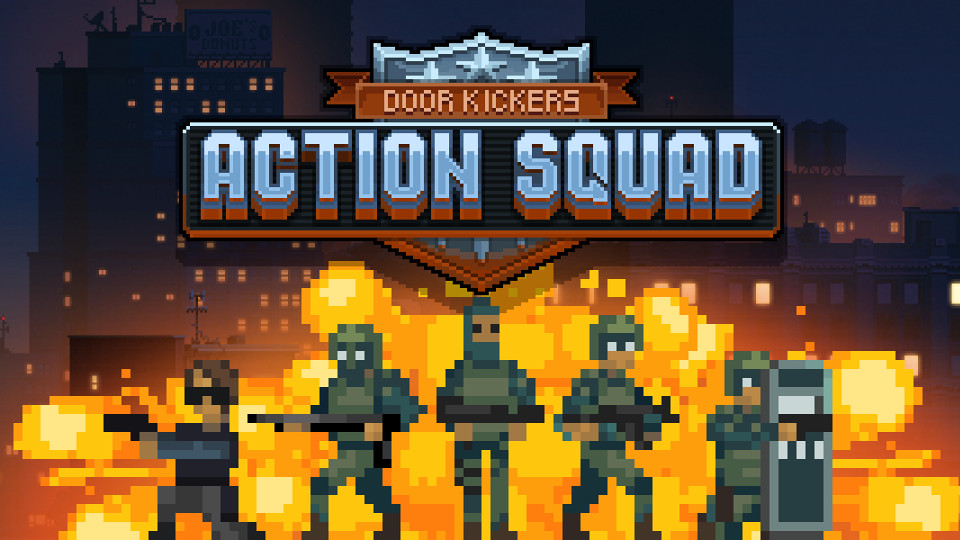 KillHouse Games has announced that Door Kickers: Action Squad has left Steam Early Access. The game is an over the top, old-school action side-scroller complete with co-op multiplayer. As part of a SWAT team, players must infiltrate buildings, breach doors and eliminate the bad guys as part of their justice serving mission. Featuring retro graphics and design sensibilities, the game takes the familiar side scrolling-action genre and infuses it with a layer of tactical puzzlery that has no set solution and allows improvisation and out of the box thinking.

The full commercial launch comes with a brand new update to the game, drastically increasing its scope and giving players even more tools to play with as they come up with ever more intricate tactics to take on their mission and finish it in record time.

EF Games will be bringing you a full review of Door Kickers: Action Squad later this month. The game is available now on Steam priced at £10.99.

View some Door Kickers: Action Squad screenshots in our gallery: