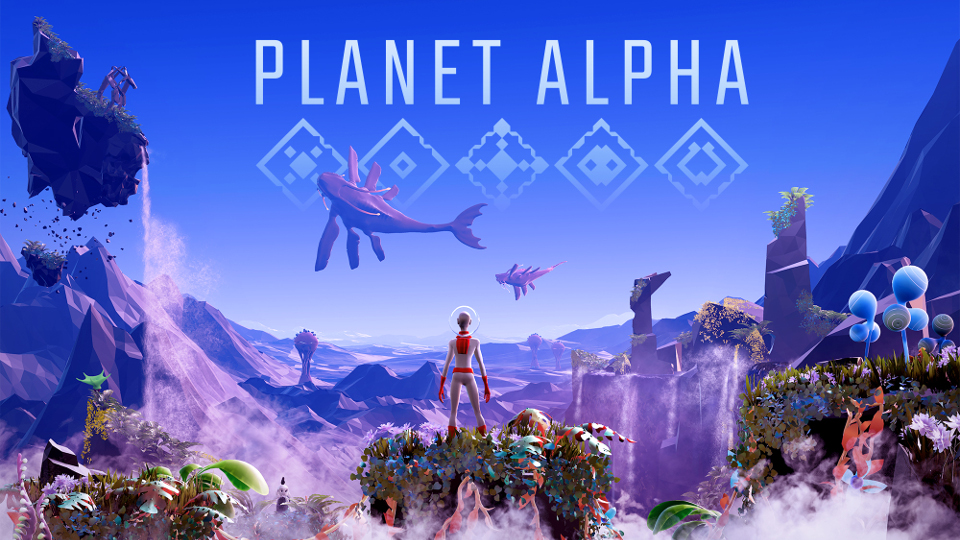 The modest team at Planet Alpha ApS extend their hand and pull us in for a surreal and cinematic experience from beginning to end. After the crash landing (or so it’s implied) of your character on a strange planet, you stumble to explore the lush surroundings. Alien creatures appear to live in harmony with their unique nature. To simply put down the setting as vibrant doesn’t feel like it does enough justice; the sheer imaginative brain power that was put into it all is astounding. I believe that sci-fi without context often makes for some of the best stories–no explanation other than what you’re given to work with lets the player fill in any gaps they like. Watching your character traverse through without narrative or prompts leaves everything else on screen to tell the story.

Unfortunately, after only a short introduction to the breathtaking wild of this new planet, a massive invasion descends. With the cinematography pulling you to feel these intense moments, it’s hard not to discount the first couple minutes of playing. Suddenly you’re seeing something so beautiful be destroyed and there’s nothing there to suggest as to why. The invading robots dig their spider-like legs into the rich soil, and with red eyes and lasers they start to sweep areas, patrolling and burning anything that lies in their way.

Planet Alpha is very much a living storybook. As you climb, hide and run, the path through remains linear with only one goal and that’s to tell this vivid tale of invasion. The mechanics aren’t complicated–even with the puzzles you might come across. There are things to stand on, items to push about, but mostly your gameplay will revolve around simple platforming and remaining hesitant to jump into the clearing.

If you are spotted, an instant restart from just a stone’s throw away from where you fell makes it convenient and less rage inducing to take and try new challenges. Going off the back of the simple platforming comment–just because it’s simple doesn’t mean it won’t be tense and quick. In sequences of sprinting, without fast reflexes one might quickly find themselves a victim of a rug pulled out from underneath.

View some screenshots from Planet Alpha in our gallery:

The soundtrack to accompany the rich surrounding, suspenseful moments and dark foreshadowing is the perfect pairing to fully immerse the player into this strange new world. It’s airy and atmospheric–hitting all the right notes to convey the specific feeling of being in such a surrounding. The ambiance of the sound design and work does not fail to lead someone in by the heartstrings.

As it’s a very niche game, Planet Alpha won’t be for everyone. It can feel slow with such heavy stress on the story and lacking in the way of complicated controls to some gamers; but don’t be fooled. If you’re so inclined to take in a game that’s truly different, Planet Alpha won’t disappoint. I would even go as far to say that trying on a whim will leave many feeling surprised and examining what it means to not just play through a game, but experience it. If you’ve never played anything like this before but are mildly curious, I can fully recommend Planet Alpha being a solid choice for your toe to dip in.

Planet Alpha was reviewed using a digital code supplied by the publisher.