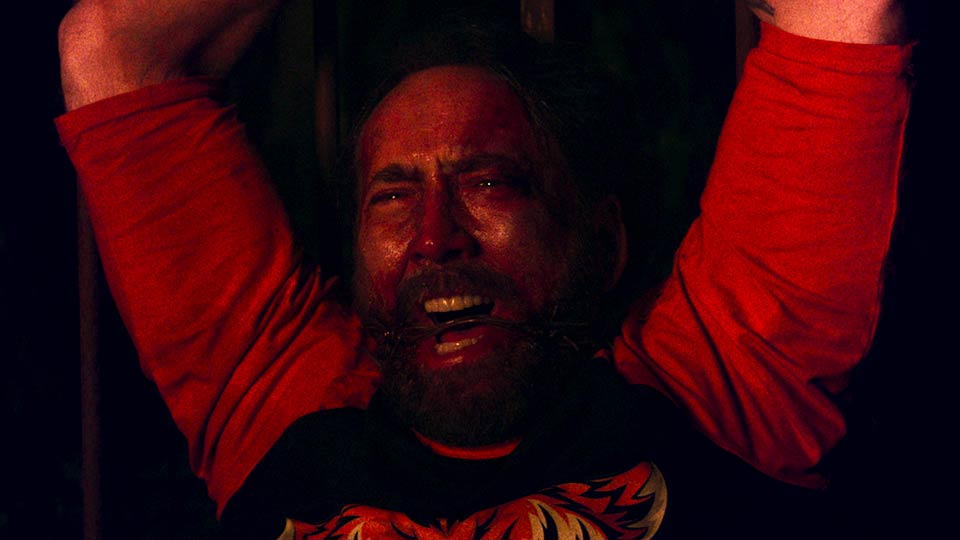 The trailer has arrived for action horror Mandy and boy does it look like a bizarre joyride.

The film is set in the Pacific Northwest. 1983 AD. Outsiders Red Miller (Cage) and Mandy Bloom (Riseborough) lead a loving and peaceful existence. When their pine-scented haven is savagely destroyed by a cult led by the sadistic Jeremiah Sand (Roache), Red is catapulted into a phantasmagoric journey filled with bloody vengeance and laced with fire.

The trailer for Mandy features a lot of striking, and bizarre, imagery that doesn’t make a whole heap of sense in isolation. From the look of it a cult targets Mandy and Red is out for revenge. It definitely looks very creepy!

Mandy picked up critical acclaim when it debuted at the 2018 Sundance and Cannes Film Festivals. The film was co-produced by Elijah Wood (The Lord of the Rings franchise) and is one of the final films scored by the Academy Award®-nominated composer Jóhann Jóhannsson (Sicario, The Theory of Everything).

Take a look at some stills from Mandy in our gallery below:

Mandy will be released in cinemas on 12th October and on Blu-ray, DVD and On Demand on 29th October 2018.

Advertisement. Scroll to continue reading.
In this article:Mandy, Nicolas Cage