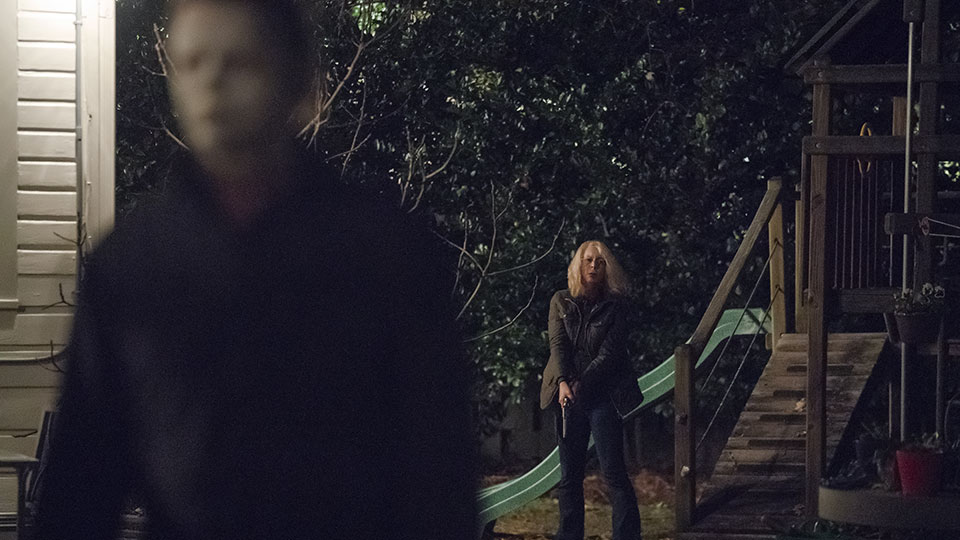 A terrifying new trailer has arrived for Halloween, the 2018 continuation of the iconic horror franchise.

The trailer opens with Michael Myers walking down the street on Halloween night when he bumps into a group of kids. He enters a house through an open garage, picks up a hammer and seemingly murders the woman inside.

As the trailer continues, Michael looks set to claim another victim as he enters another house and creeps up on a woman who is looking out of the window.

Jamie Lee Curtis’ Laurie Strode appeals to her daughter Karen (Judy Greer) to install more security in her home and it looks like her family think she needs help to get over the trauma of her last encounter with Michael. The trailer shows Laurie coming face-to-face with Michael and a tense battle looks set to follow.

Halloween 2018 is a direct sequel to the 1978 classic Halloween. The films that have been released since then will be ignored for this instalment.

The film also stars Will Patton, Nick Castle, Andi Matichak, Omar J. Dorsey. It is directed by David Gordon Green who wrote the screenplay with Danny McBride and Jeff Fradley.