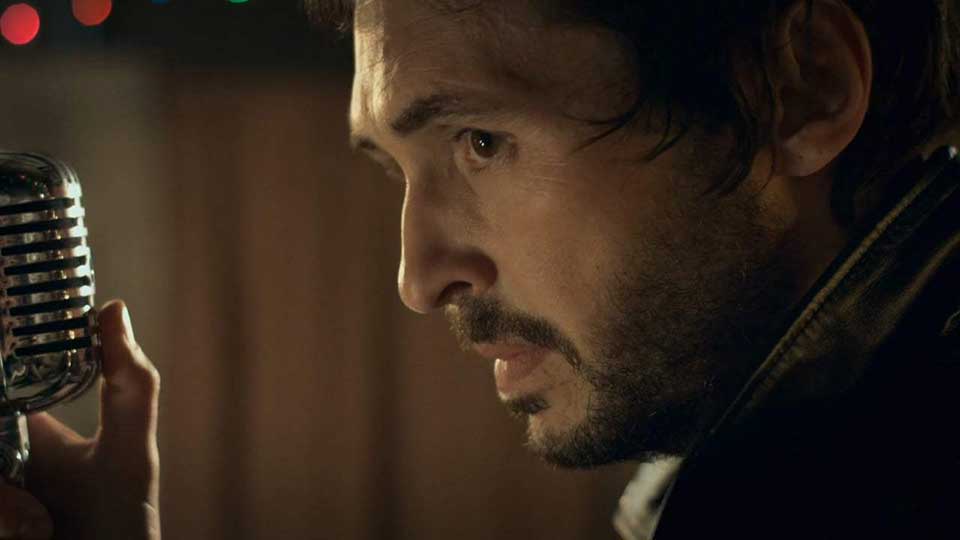 Former rock superstar David Tangier (Harley Di Nardo) spends his days cutting hair whilst longing to be back on stage performing like he was with his band Katatonic Spin in the ’00s. With his sights focused on recording a new album that will propel him back into the spotlight, David forms a friendship with Javy Bates (Adam Reeser), a fellow musician who he gives a job at his salon. It soon becomes clear that there’s more to Javy than meets the eye…

Dead Envy is written and directed by Harley Di Nardo, who is the lead star of the movie. The story is semi-autobiographical and aims to fuse rock music into an edge-of-the-seat thriller. While it sets out its premise well, Dead Envy unfortunately turns into a clichéd and predictable film that I feel like I’ve seen too many times before.

Javy tries to pass himself off as a fan of David’s when they first meet, which is when Javy saves David’s life at a concert where he’s almost stabbed. Adam Reeser, who plays Javy, leans too heavily into the psycho stereotype you expect in this kind of film so it’s really no surprise when all of your suspicions come true. It’s obvious from the outset that Javy is a little bit of a creepy oddball and the film doesn’t do too much to hide that. In fact, by the time the ‘twist’ arrives, you’ve already worked out how things are going to go down.

Dead Envy tries to do something different by adding a supernatural element through the character of Dawn (Carla Wynn) but it doesn’t really work. She frequently pops up claiming that her psychic abilities give her a bad feeling about Javy but it doesn’t feel necessary. It also jars tonally with the rest of the film.

The acting of the cast is a mixed bag. Samantha Smart is the strongest as David’s wife Cecily. She doesn’t get a lot of material to work with other than swooning over her husband and being a little naïve. Regardless Smart is compelling to watch and she gives a decent performance. Reeser lacks subtlety as Javy and Di Nardo is a little bland as David.

Dead Envy needed to make a decision as to whether it was going to embrace its campy, fun side or be a straight down the line thriller. It never makes a choice, which means it’s a very uneven and frustrating watch. The lack of originality around the central premise could have been overcome with a stronger story or direction, but sadly it never really finds its feet.