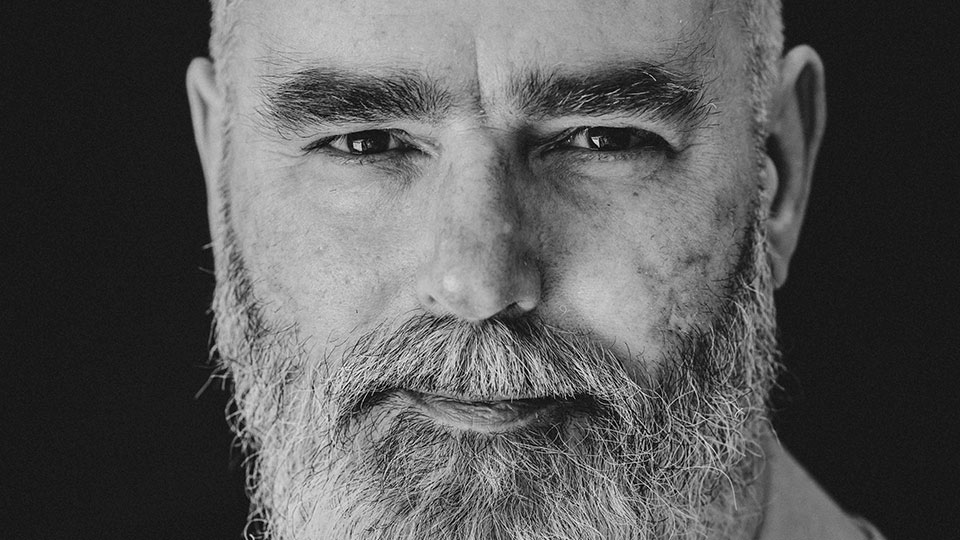 Arrow Video FrightFest 2018 may be over but that’s not stopping us speaking to the film-makers that brought their films to the 5-day festival.

Writer and director Kevin Chicken showed his debut feature film Perfect Skin at this year’s event. A character-driven horror about body modification set against the backdrop of tattoos, Perfect Skin is as unnerving as it is enjoyable.

You can find out what we thought of Perfect Skin by reading our full review.

I caught up with Kevin to find out where the concept for the film came from, discuss the reaction it received at Arrow Video FrightFest, and talk about Richard Brake’s chilling performance.

Hi Kevin. How are you today? Where does this Q&A find you?

I’m great thank you, at home, doing Perfect Skin stuff; we’ve got another three Festivals coming up in Europe over the next six weeks so there’s always things to do. Interviews, travel arrangements, looking for other great Festivals to apply for.

Your first feature film Perfect Skin is currently doing the festival circuit. What is all about?

Very simply Perfect Skin is another take on the Frankenstein story, although this time the obsession is art not science. It’s still a rebirth story in a way but not in a way you’d expect: our Doctor Frankenstein is a tattoo artist who wants to create his one last great piece of work.

Where did the concept for the story come from?

The story came from watching a documentary late one night about extreme body modification. I’m a big fan of horrors and dark thrillers but there was something visceral about the images that stayed with me for weeks. In the end I questioned what it was that made it incredibly visually arresting and disturbing at the same time. The people in that film were on a different plane in accepting how a human being should look. Another thing that was the level of pain. We all watch horror films with people getting chopped up; it gets a gasp but is quickly forgotten. In Perfect Skin because it’s mostly needles it’s a level of pain we all understand. That draws us right into what’s happening with Katia and we live it with her. I think that’s why people who’ve seen it find it so tense.

Also although this isn’t a political film I wanted the film to reflect how our cities are enriched by immigration but also how vulnerable immigrants are. For a film that I think that is very grounded in London there isn’t one London accent in it but you would never question its’ authenticity. It’s something I’m very proud of in our casting choices.

The film screened at Arrow Video FrightFest recently. What sort of reaction did you have?

The crowd’s reaction afterwards was great. It was the World Premiere so I was really nervous but lots of people came over afterwards to tell me how much they had enjoyed it and no walk outs which is your worst fear. I think that what you have nightmares about, the cinema slowly emptying until the lights go up on a deserted auditorium. Hold on – that might make a good start to a film! The press have also been very positive. After all this time its great to read nice things but more importantly to know people ‘get’ what I was trying to do.

Richard Brake is chilling in the film. How did he get involved in the project and what do you feel he brought to the role of Bob?

I’d seen Richard in 31 and was blown away by his Doom Head character. I knew straight away this was an actor who could go to some very dark places. After that I looked at more of his work and set up a meeting. When you meet Richard in person he’s a really nice, creative, intelligent person and we chatted for ages. Richard understood the character and the tone and I don’t think he’d have jumped on board had we been making a torture porn film. It was a very complex part to play as Richard has to carry some level of sympathy for Bob all the way through the film and considering some of the things he does it’s testament to his skill that he does. He was also brilliantly prepared, including spending lots of time at Mo Coppoletta’s The Family Business learning how to be convincing as a man who has been tattooing for thirty years. I have to also mention Natalia who is also fantastic in every scene with Richard and who really holds her own in what was her first lead role.

What was the biggest challenge of bringing Perfect Skin to life?

The tattoos were by far the biggest challenge. The designing part was great fun and the whole prosthetic and makeup team were immense. It was just hugely ambitious for a low budget film on a really tight schedule. If we weren’t shooting it was usually something to do with the tattoos and that was no reflection on the teams behind it. Three characters all with complex tattoos, no money and no time. I think we all came away never wanting to do a film with temporary tattoos in it again

What would you say were the lessons you learned as a director during the shoot?

Never do a film with tattoos! No, seriously, the biggest lesson I learned on this film would be to edit your script as much as you can before you shoot. If it’s not really driving the story or character, lose it. Be confident that you can do it with a look or an edit instead and lose dialogue. Have literally no fat when you start to shoot.

What’s the one horror film you wish that you’d written and directed?

Psycho has always been my favourite film and could only have been made by someone absolutely in charge of his craft. It’s pure cinema at its very best; there’s not a wasted shot or piece of dialogue but it’s still an incredibly brave, inventive and in some ways playful film for a man who just could dial in great work if he wanted to.

There’s a re imagining of another of my favourite 1960’s psycho horrors I’m plotting out. It’s so obscure that when I mentioned it to the FrightFest crowd even they hadn’t heard of it. I’ve got a comedy film I did a re edit on coming out shortly. That was great fun to do after Perfect Skin, with a very talented young director. Also my brilliant co-writer, Dusan has sent me a script for a dark thriller set in Serbia which I’m looking forward to reading tomorrow. I’m sure its going to be great.

Watch the trailer for Perfect Skin below: