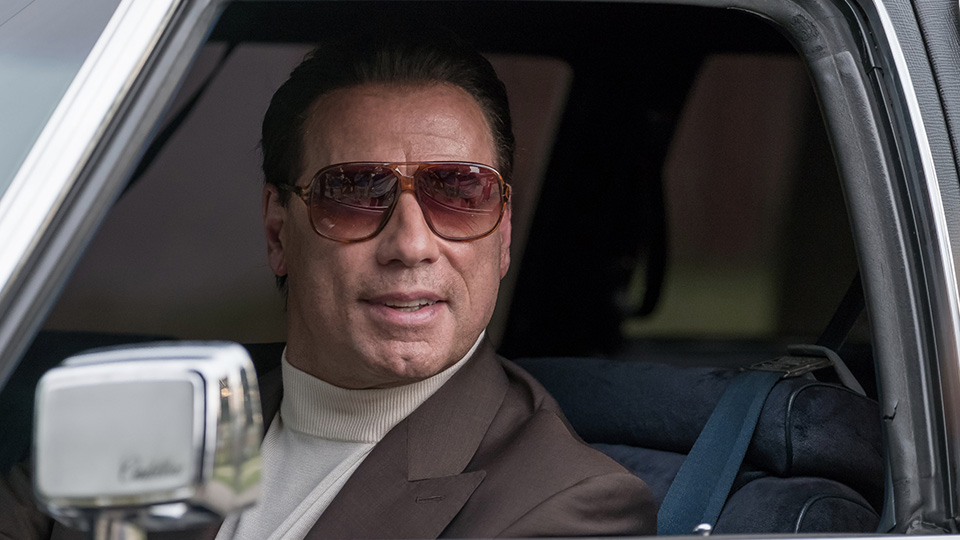 Crime drama Gotti, starring John Travolta, will be released on Digital on 17th September and Blu-ray and DVD on 24th September 2018.

Gangster John Joseph Gotti (John Travolta) ascended through the ranks of New York’s Italian mob with a lethal and effective blend of loyalty and ruthlessness.

Gotti possessed an avid mind for strategic planning and was able to manipulate the pieces of the underworld’s puzzle to his benefit. The protégée of underboss Aniello Dellacroce (Stacey Keach), Gotti managed to transform an already successful operation run by the Gambino crime family into one of the most powerful criminal organizations in NY history. The “Teflon Don”, as he would come to be known, would secure his place as the head of this family through a bloody coup carried out in the streets of Manhattan in the 1980s.

Racketeering, drugs, loan sharking, gambling, extortion, and murder became commonplace for Gotti and his crew; betrayal and involvement with the police was the ultimate taboo. But given his prominence and gruesome antics, Gotti quickly became a highly desired suspect in the FBI investigation to derail the group’s profitable illegal activities.

Arching back and forth between the crucial events that shaped his illicit career during the 1970s, and the aftermath in the 90s when illness ravaged his health, the film presents a man whose path was marked by violence, ambition, and, despite it all, love for his family.

Take a look at some stills from Gotti in our gallery below:

In this article:Gotti, John Travolta