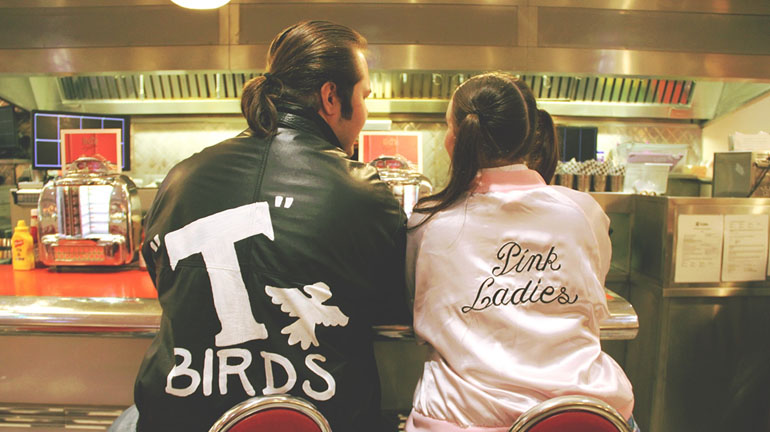 Stand by for two weeks of leather jackets, hand jives, milkshakes and gallons of grease as York Light brighten up these cold winter nights with plenty of summer lovin’ in Grease at York Theatre Royal from 13 – 23 February.

Grease is still the word, nearly 50 years after the musical made its Broadway debut and four decades after the movie version starring John Travolta and Olivia Newton-John broke box office records across the globe.

The musical remains as popular as ever, not least because of the hit parade of songs that includes Greased Lightnin’, You’re The One That I Want, Hopelessly Devoted To You and Summer Nights.

The show’s professional director and choreographer Martyn Knight heads up this production, once again assisted by the new Chair of the company Sue Hawksworth, who’ll get even the laziest greaser hand-jiving away. John Atkin returns as musical director and chorus master after last year’s Guys and Dolls, both conducting the band and playing keys during the two-week run.