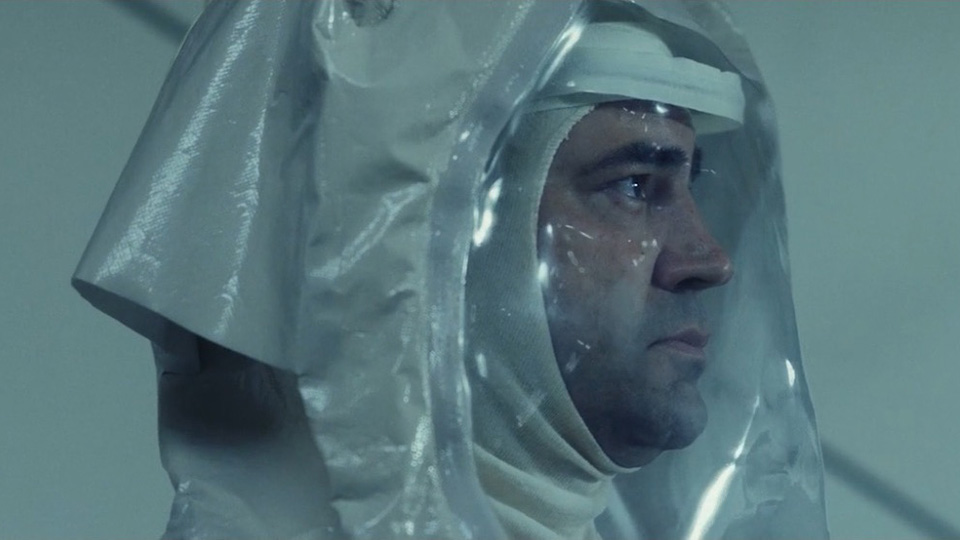 In 1987 the world is on the brink of a plague carried by the mythical Bigfoot, that could wipe out humanity. A small percentage of the population are immune and one is the senior citizen Calvin Barr (Sam Elliot and Aidan Turner). While he now looks like a weak old man, during World War 2 he was a decorated soldier who assassinated Adolf Hitler. Asked to return to the service of his country and undertake another secret assassination, it tears him from his quiet life and PTSD flashbacks.

The title conjures up thoughts of a historically inaccurate ridiculous movie like Inglorious Basterds mixed with Predator in reverse. But the film is not like that at all.

This film is about a man at the end of his life, who to the outside world is frail, loves a drink and perhaps is looking forward to death. But when pushed, he still has the moves and resilience of the younger solider we see in the flashbacks, but such moments take their toll on him both physically and mentally. The film is anchored by his daily existence with mundane activities; getting up, having a shave, visiting his brother, triggering flashbacks to his younger self. First, we see the man who assassinated Hitler, with incredible composure and nerves of steel. Next the even younger Barr too nervous to propose to his girlfriend Maxine (Caitlin Fitzgerald). These flashbacks give you a sense of how the war changed Calvin and that perhaps he was always better suited to the demands of war than everyday life.

Aidan Turner and Sam Elliott work well as the two versions of Barr, helped by the character being a man of few words and some great direction and editing as we transition between the two eras. Plus some awesome facial hair!

The film is slow-paced, except in the two moments of noted action. In fact, the assassination of Hitler is done incredibly quickly and with barely a word said, conveyed with ease by Turner. Maxine is little more than a plot device for Barr, and the character is underused, but Caitlin Fitzgerald is good in the small number of scenes she’s in. Sam Elliot is engaging and likeable, without taking away from the gruffness of the character.

The older Barr (Elliot) needs convincing to kill Bigfoot, but after being persuaded by two Government officials round his dining room table, click your fingers and we’re there in the woods, another click and the first shot had rung out and so begins Bigfoot’s demise. The beast goes down fighting and in the face-to-face moments, as both Barr and Bigfoot fight for their own survival, there are parallels of them both being past their prime and two creatures soon to be consigned to history. There is great shot as the beast and Calvin lie at the top of the mountain as the sunsets and for me that is where the movie should have ended.

Instead the film ends with 15 minutes of pointlessness, that doesn’t add to the legend or convince you that he has a new zest for life. The additional scenes are only marginally saved by a very sweet scene of the night before Barr ships off to war and says his final goodbye to Maxine.

On small notes, Ralph the dog, totally steals the scene in the car and the set team deserve recognition for setting each era with some simple but effective props.

The Man Who Killed Hitler and Then the Bigfoot is more than the title suggests. The title does set expectations as one thing and the film delivers something completely different and deeper. I think this film may fall into the category of a marmite film. I am on team like.